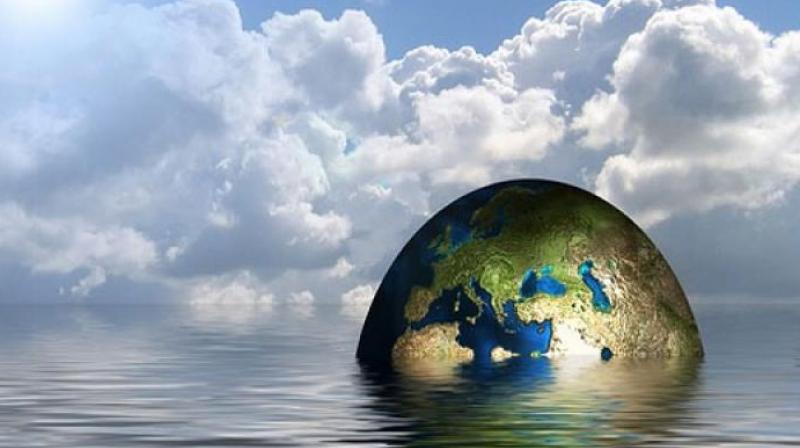 Washington: The discovery of high altitude cloud formations was made possible in 1885 after the eruption of Krakatoa volcano in Indonesia increased the amount of water vapour in the air. Sightings of the clouds became more known during the 20th century, and scientists began to wonder if the water vapour was making these clouds more visible.

According to a new study, the gradual increase of water vapour in the air owing to daily human activities is playing a huge role in making these shimmering night clouds appear more visible. The authors of the study claim that the strange, common clouds appearing on summer nights point inevitably towards the climate change caused by human-related activities.

These night-shining clouds are the highest appearing clouds in the atmosphere. They are formed in the middle atmosphere, which is roughly 80 kilometres from the surface. The freezing of water vapour around points of dust from the incoming meteors builds the formation of these clouds.

In a recent study, the researchers tried to depict how the effects of increased greenhouse gases, occurring due to the burning of fossil fuel have contributed to the formation of these night-shining clouds.
The results show that methane has the most effective role in increasing the amount of water vapour in the atmosphere, thus further increasing the amount of ice in the middle atmosphere.

Franz-Josef Lubken, lead author stated, "We speculate that the clouds have always been there, but the chance to see one was very, very poor, in historical times."

Illissa Seroka, an atmospheric scientist at the Environmental Defense Fund in Washington, D.C., added, "Our methane emissions are impacting the atmosphere beyond just temperature change and chemical composition. We now detect a distinct response in clouds."

Lubken and his colleagues ran computer simulations to model the northern hemisphere's atmosphere and noctilucent clouds from 1871 to 2008 to simulate the effect of greenhouse gases and water vapour on these clouds over this period of time.

The researchers found that the presence of these night-shining clouds fluctuates from year to year, even decade to decade, depending on the atmospheric conditions and the solar cycle.

"The result was rather surprising that, yes, on these timescales of 100 years, we would expect to see a big change in the visibility of clouds," Lubken said.

The study appears in the Journal- Geophysical Research Letters.