Copper cocktail mugs can give you food poisoning, says experts

The FDA's Moral Food Code which prohibits copper from coming in direct contact with foods that have a pH below 6.0. 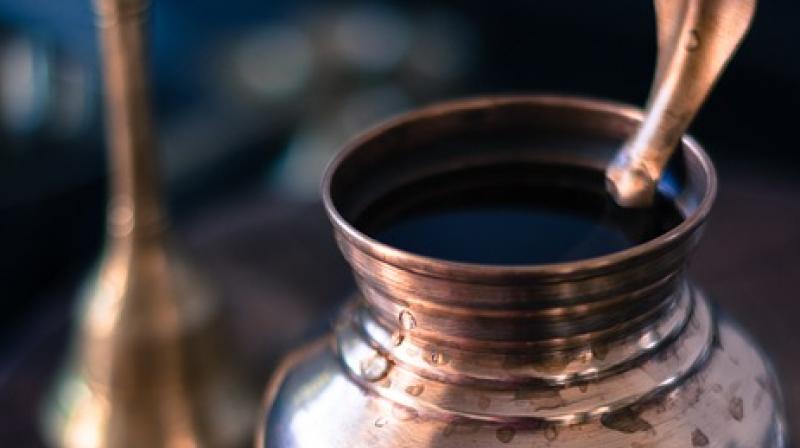 London: If you are a fan of having your drink in a big, nice copper mug, you might want to rethink that.

According to The Independent, copper mugs that are often used for cocktails could give you food poisoning, warns a US state department. The warning comes from Iowa's Alcoholic Beverages Division, who has declared that copper and copper alloys can be poisonous when consumed.

The state has adapted the Food and Drug Administration's Moral Food Code which prohibits copper from coming in direct contact with foods that have a pH below 6.0.

It is bad news for Moscow Mule fans, the Insta-friendly drink which is typically served in a trendy copper mug. The popular, yet relatively simple, cocktail typically consists of vodka, ginger beer and lime juice and is often accompanied by a wedge of lime.

The average Mule has a pH well below 6.0 and is therefore deemed unsafe when consumed in this aesthetically pleasing manner. "High concentrations of copper are poisonous and have caused foodborne illness," the statement explained.

Adding, "When copper and copper alloy surfaces contact acidic foods, copper may be leached into the food," which subsequently leads to copper poisoning, it said. According to the NHS, symptoms of copper poisoning include vomiting, stomach pains, confusion, drowsiness and fainting fits.