Newborn faced three days in the special care unit, where he was placed on a life support machine and watched around the clock by medics. 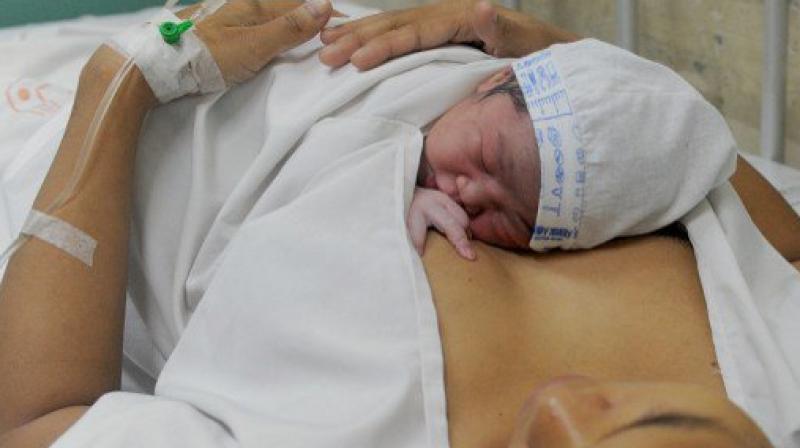 The newborn was sedated and rushed from West Cumberland Hospital, Cumbria, some 98 miles away to Royal Victoria Infirmary in Newcastle that evening. (Photo: AFP)

In a shocking revelation a baby boy became UK’s youngest stroke victim as he was left fighting for his life just two hours after being born.

According to a news report in The Sun, the newborn, Archie James, faced three days on the special care unit, where he was placed on a life support machine and watched around the clock by medics.

According to reports, James was not breathing when he was born on December 3 last year and had to be immediately resuscitated.

However, he started having seizures just a few hours later.

The newborn was sedated and rushed from West Cumberland Hospital, Cumbria, some 98 miles away to Royal Victoria Infirmary in Newcastle that evening.

Speaking to The Sun, the newborn’s father said that when Archie was born lifeless his whole world went dark.

He added, "Up until this point we'd had no complications so to suddenly be faced with the prospect that our son might not live was too much to comprehend.”

While over-the-moon when he started breathing, his seizures meant that there was more to come.

Doctor's were left unable to pinpoint if Archie suffered the stroke during labour or after he was born.

Archie and his mum Emma were able to return home five days later after the tense aftermath of his delivery.

Thankfully, doctors have predicted the child has a 90 per cent chance of making a full recovery, although it is still unknown whether the stroke has resulted in any long-term damage.