An increasing number of mothers now need surgery to deliver a baby due to their narrow pelvis size. 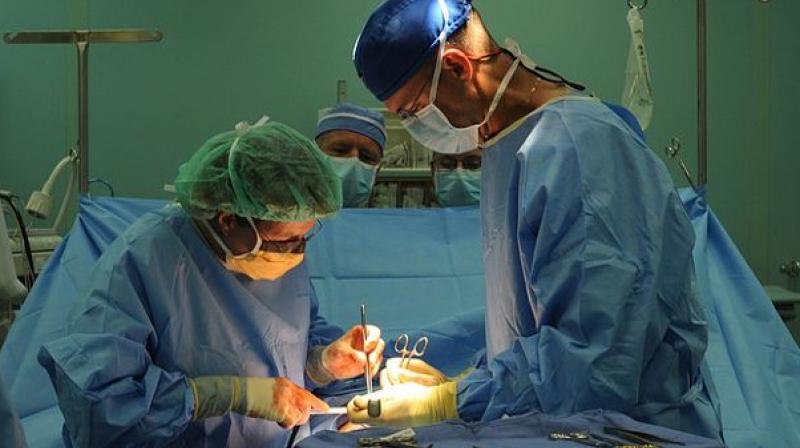 Women with a very narrow pelvis would not have survived birth 100 years ago. (Photo: Pixabay)

London: Regular use of caesarean sections to deliver babies is affecting the human evolution, according to a new study. An increasing number of mothers now need surgery to deliver a baby due to their narrow pelvis size, researchers said.

They estimate cases where the baby cannot fit down the birth canal have increased from 30 in 1,000 in the 1960s to 36 in 1,000 births today. Historically, these genes would not have been passed from mother to child as both would have died in labour. According to Dr Philipp Mitteroecker from the University of Vienna in Austria, there is a long standing question in the understanding of human evolution.

"Why is the rate of birth problems, in particular what we call fetopelvic disproportion - basically that the baby does not fit through the maternal birth canal - why is this rate so
high?" he said. "Without modern medical intervention such problems often were lethal and this is, from an evolutionary perspective, selection.

"Women with a very narrow pelvis would not have survived birth 100 years ago. They do now and pass on their genes encoding for a narrow pelvis to their daughters," said
Mitteroecker. It has been a long standing evolutionary question why the human pelvis has not grown wider over the years. The head of a human baby is large compared with other primates, meaning animals such as chimps can give birth relatively easily, 'BBC News' reported.

Researchers devised a mathematical model using data from the World Health Organisation (WHO) and other large birth studies. They found opposing evolutionary forces. One is a trend towards larger newborns, which are more healthy. However, if they grow too large, they get stuck during labour, which historically would have proved disastrous for mother and baby, and their genes would not be passed on. "One side of this selective force - namely the trend towards smaller babies - has vanished due to caesareansections," said Mitteroecker.