Experiments with 20 ant species found antimicrobials on 12 of them, a team reported in the Royal Society Open Science journal. 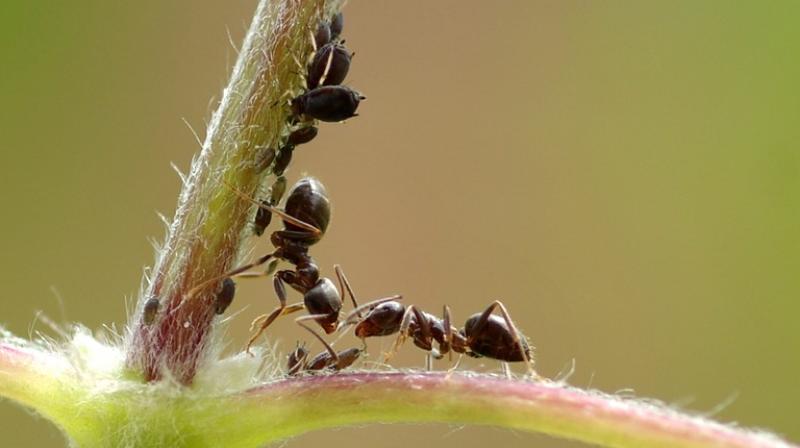 If a species does not produce antimicrobials, it means they must have found another way to protect themselves against disease, the team said. (Photo: Pixabay)

The discovery of ants' pharmaceutical prowess comes as the armoury of effective antibiotics developed by humans over the last 100 years dwindles in the face of growing germ resistance.

Experiments with 20 ant species found antimicrobials on 12 of them, a team reported in the Royal Society Open Science journal.

"This means ants are probably a good place to look if you want to discover new antimicrobial compounds," study co-author Clint Penick of the Arizona State University said.

Ants produce the compounds in special glands often referred to as their "chemical factories".

"Ants coat their bodies with secretions from these glands, and some ants distribute these antimicrobials around their nests similar to how we would use antiseptic cleaners in our homes," said Penick.

Compounds produced by different species varied in their germ-killing effectiveness, the researchers found. The chemicals have yet to be tested on bacteria capable of causing human disease.

"It is important to note that there have been over 15,000 ant species described, and each species is likely to produce many different compounds that could have antimicrobial action," said Penick.

"We have taken the first steps to identify which ant lineages have the highest potential to produce antibiotics that work against human diseases, but there is much work left to identify the chemicals that work as antibiotics and to figure out how to synthesise them."

Insects which live in large, tightly-knit social groups -- ideal breeding grounds for disease -- have long been thought to be a promising source of new antibiotics, Penick said.

But until now, very few have actually been tested.

Ants use their chemical defences against a number of microbial invaders. These include several bacteria, and a fungus that turns the ants into "zombies" by releasing chemicals that hijack the insect's central nervous system, effectively taking its body for a ride before killing it.

A key question is why ant-attacking pathogens have not developed resistance to antimicrobials that the insects have presumably been using for millions of years, whereas many human-developed drugs lose their potency within just decades.

Another key finding of the study concerned the eight ant species which did not produce an antimicrobial, at least none that was effective against the bacterium being tested.

If a species does not produce antimicrobials, it means they must have found another way to protect themselves against disease, the team said.

"We are excited to learn how some of these ant species might be doing that," added Penick.

The UN describes growing drug resistance -- caused partly by overexposure to antibiotics -- as a "global health emergency", risking a future in which people die of ailments easily curable today.