Denmark’s Novo Nordisk wants to prove it can transform the diabetes market with a pill. 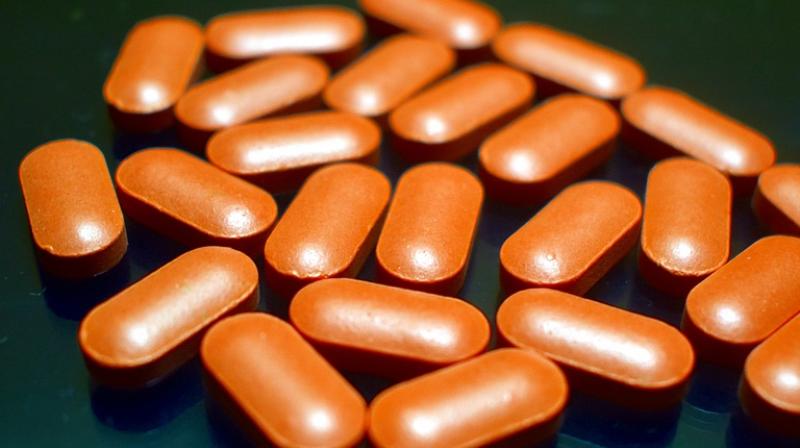 LONDON: After nearly a century building a company worth $125 billion based on injectable drugs, Denmark’s Novo Nordisk (NOVOb.CO) - the world’s biggest insulin maker - wants to prove this year it can transform the diabetes market with a pill.

The once-daily pill belongs to a blockbuster class of treatments known as GLP-1s that stimulate insulin production, the first of which were derived from the venomous bite of North America’s Gila monster lizard. So far, all have been injections. While diabetics with advanced disease need daily insulin shots, those at a less serious stage start on simple tablets, with GLP-1s added as a potent new option since 2005.

Today, GLP-1s are embraced as a highly effective diabetes therapy and semaglutide, which was approved as a once-weekly injection in December, has out-gunned rivals in efficacy. But the needle is still a barrier. “There is resistance in some patients to move to an injectable medication,” said Dr. Jason Gaglia, a diabetes expert at the Joslin Diabetes Center in Boston. “Once an oral is available I think there will be significant interest in it.”

If the data stack up from 10 pivotal Phase III studies reporting results in 2018, the new drug could grab more than $5 billion in annual sales, Deutsche Bank analysts believe. Others are more cautious but investors overall are betting oral and injectable semaglutide combined will supply around two-thirds of Novo’s revenue growth over the next five years, according to Thomson Reuters consensus data.

That represents a life-line for Novo as it tries to differentiate itself in diabetes at a time when its smaller biopharma division is also struggling, prompting last month’s abortive attempt to buy Belgian biotech Ablynx (ABLX.BR).

But oral semaglutide is no simple tablet. This is a big, complex molecule, known as a peptide, which would normally be destroyed by stomach acid and it requires protection with a special compound to boost absorption. What’s more, the drug must be in close contact with the stomach wall, which means patients cannot eat for 30 minutes after taking it and the pill can also cause nausea, raising questions about its practicality.

Eli Lilly research chief Jan Lundberg told analysts last week: “It’s really a sub-optimal oral agent.” That may be sour grapes by Novo’s arch-rival, whose own work on developing an oral GLP-1 is only at the preclinical stage.

But making patients wait half an hour for breakfast could affect adherence and is a concern for investors - as is the question of what Novo will charge for a drug that may perform as well as a pricey injection but looks like rival pills that cost half as much.

Chief Science Officer Mads Krogsgaard Thomsen said Novo would pay close attention to such factors as it tries to reach the three-quarters of diabetics who are not yet on injections. “If we get the balance between the drug’s profile and the drug’s price and market access right then we can do phenomenally well,” he told Reuters.

Getting this far with oral GLP is already a notable achievement, especially after an earlier oral insulin project was abandoned as uneconomic in 2016. Still, the devil will be in the details of the 10 Phase III trials, the first of which will deliver results this quarter. Key trials against Lilly and Boehringer Ingelheim’s pill Jardiance and Merck & Co’s (MRK.N) Januvia will report later in 2018.

Most analysts expect oral semaglutide to beat these rivals in controlling both blood sugar and weight. The size of the benefit will feed into Novo’s final pricing decision. “The highest limit of where we could consider taking the pricing would be injectable GLP-1 and the lowest level would be somewhere in between current oral drugs and injectable GLP-1,” Thomsen said.

Doctors hope oral semaglutide will provide a new weapon to tackle diabetes earlier with a highly effective therapy. But Clifford Bailey, professor of clinical science at Britain’s Aston University and Dr. Gaglia in Boston said price would be critical in determining its uptake both among U.S. insurers and cost-conscious European healthcare systems.

If Novo gets over the pricing hurdle, Bailey and Gaglia believe the new pill is set to reshuffle treatment regimens, with oral semaglutide being used as a second or third treatment option after cheap, generic metformin. “It will certainly be welcomed by those patients who prefer to go without their breakfast for half an hour rather than have an injection,” said Bailey.

Novo’s nearest rival in developing an oral GLP-1 is Israel’s Oramed (ORMP.O), which has a product in early-stage trials.