Increased risk of fatal injury comes with an autism diagnosis

Parents and caregivers need to be aware of this increased risk and do what they can to reduce the chances of preventable injuries. 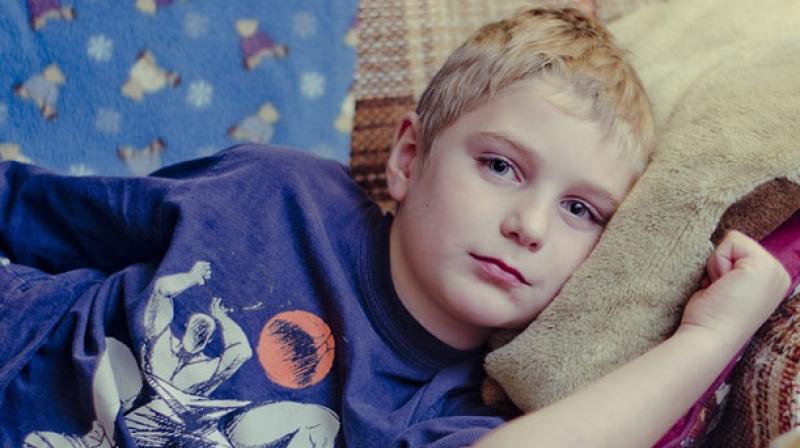 Wandering is a common autistic behavior, present in about 50 percent of the afflicted children. (Photo: Pixabay)

Young people with autism are about three times more likely than the general population to experience deadly injuries like choking or drowning, according to a U.S. study.

Parents and caregivers need to be aware of this increased risk and do what they can to reduce the chances of preventable injuries, for example by helping children with autism to learn to swim as early as possible, the study team writes in American Journal of Public Health.

There may be many reasons that children with autism are at greater risk for injury, including higher rates of ADHD and engaging in risky behaviors in attempts to soothe themselves, said lead author Guohua Li of Columbia University Mailman School of Public Health in New York.

“Wandering is a common autistic behavior, present in about 50 percent of the afflicted children,” Li said by email, adding, “While wandering, these children have an affinity to bodies of water, such as pools, ponds, and lakes.”

About one in 68 children have autism spectrum disorder (ASD), which includes autism as well as Asperger syndrome and other pervasive developmental disorders, according to the U.S. Centers for Disease Control and Prevention. It is more often diagnosed in boys than in girls.

People with autism often have problems with social, emotional and communication skills. They might repeat certain behaviors and might not want change in their daily activities. Many people with autism also have different ways of learning, paying attention or reacting to things.

Past studies have found higher mortality rates in people with ASD, but the causes of these excess deaths are not always clear and are sometimes related to other conditions like epilepsy or depression that are present in addition to autism.

To assess what part injuries play in the deaths of people with autism, researchers analyzed data on nearly 40 million deaths in the U.S. recorded by the National Vital Statistics System between 1999 and 2014.

They identified the causes of death for everyone in the database and also identified those who had a diagnosis of autism in their medical record. Over the 16-year study period, 1,367 people with an autism diagnosis died, with 381 of these deaths due to injuries.

About 40 percent of fatal injuries among people with autism occurred in homes or residential institutions. The most common causes were suffocation, choking and drowning.

Children in particular were at the greatest risk. While people with autism had three times the rate of death from accidental injury, overall, compared to the general population, the rate was 42 times higher among children under age 15.

“Persons with autism may be at higher risk for injury due sensorimotor difficulties (that is, difficulties in sensing their surroundings or in their movements) which may make it harder for them to detect or avoid danger,” said Diana Schendel, a professor at Aarhus University in Denmark who studies causes of death among autistic people.

“They may also be at greater risk due to behavioral problems that may make them behave impulsively or to be hyperactive,” said Schendel, who was not involved in the study.

“Since unintentional injury can be prevented, parents and care providers need to be aware of the high risk and to carry out rigorous injury prevention measures which may need to be designed especially for the kinds of challenges that persons with autism may have,” Schendel said.

“Once a kid is diagnosed with autism, usually at age 2-3 years, the first step parents and caregivers could and should take is to teach the kid how to swim, preferably by enrolling the kid in swimming classes,” Li said. “Swimming ability might be the most important survival skill for children with autism.”