Use your sunscreen, but with caution

A recent study by the US FDA suggests that high levels of sunscreen ingredients end up in the bloodstream. 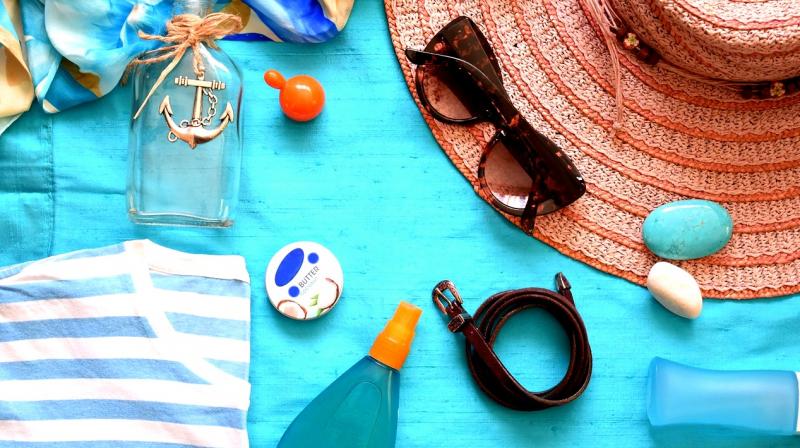 While reseachers have suggested the possibility of harmful chemicals getting absorbed in the bloodstream, they have not advised against using sunscreens entirely. (Photo: Representational/Pixabay)

The active ingredients of commonly-used sunscreens end up in the bloodstream at much higher levels than current US guidelines from health regulators and warrant further safety studies, according to a small study conducted by US Food and Drug Administration (FDA) researchers and published on Monday.

The over-the-counter (OTC) products originally marketed to prevent sunburn with little regulation are widely used to block radiation from the sun that can cause skin cancer, the most common malignancy in the United States.

The study of 23 volunteers tested four sunscreens, including sprays, lotion and cream, applied to 75 per cent of the body four times a day over four days, with blood tests to determine the maximum levels of certain chemicals absorbed into the bloodstream conducted over seven days.

The study found maximum plasma levels of the chemicals it tested for – avobenzone, oxybenzone, octocrylene and in one sunscreen ecamsule – to be well above the level of 0.5 nanograms per milliliter (ng/mL) at which FDA guidelines call for further safety testing. For example, the maximum concentration of avobenzone was found to be 4 ng/mL and 3.4 ng/mL for two different sprays, 4.3 ng/mL for a lotion and 1.8 ng/mL for the cream.

Researchers did not name the products used in the study. The effects of plasma concentrations exceeding the FDA’s limit is not known and needs to be further studied, the research team wrote in the Journal of the American Medical Association (JAMA). The results in no way suggest that people should stop using sunscreen to protect against the sun’s harmful ultraviolet (UV) rays, researchers said.

“The demonstration of systemic absorption well above the FDA guideline does not mean these ingredients are unsafe,” Dr Robert Califf and Dr Kanade Shinkai said in an editorial that accompanied the study in JAMA. “The study findings raise many important questions about sunscreen and the process by which the sunscreen industry, clinicians, specialty organisations and regulatory agencies evaluate the benefits and risks of this topical OTC medication,” they added.

David Andrews, a senior scientist at the nonprofit health and environmental advocacy group Environmental Working Group, called for thorough testing of sunscreen ingredients. “For years the sunscreen chemical manufactures have resisted common sense safety testing for their ingredients and now FDA is proposing that these common ingredients must undergo additional testing to stay on the market,” Andrews said.

However, the Personal Care Products Council trade association pointed out limitations of the study and expressed concern that it may confuse consumers. Sunscreens in the study were used at “twice the amount that would be applied in what the scientific community considers real-world conditions,” said Alexandra Kowcz, the group’s chief scientist.