Rise of sexual wellness and awareness around women in India

The concept of female sexual pleasure has evolved over the years. 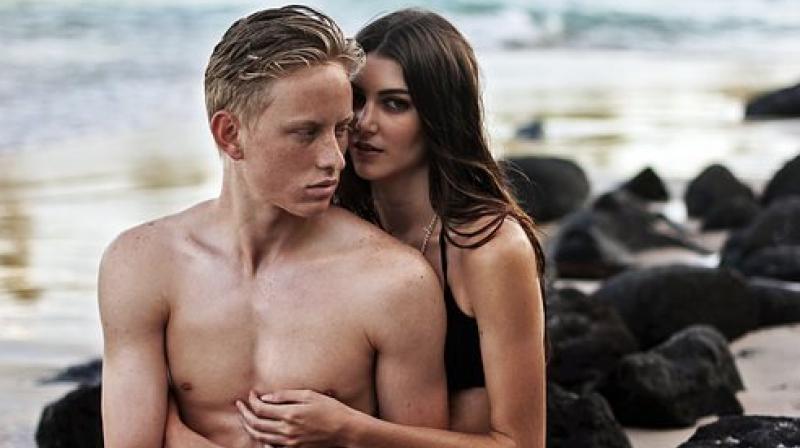 Older women and young girls will have more awareness about their wellness and will be aided by medical and technological advancements. (Photo: Representational/Pixabay)

Commonly described as 'a jumble of possibilities', India has a multitude of cultures, norms, beliefs, and lifestyles that have impacted the way sex and sexual pleasure is perceived among women. Over the years, these have evolved and concepts of female sexual pleasure have become clearer and better accepted.

In recent times, with the increase in information, women have started making conscious choices making themselves a priority in a country that has been patriarchal for many years. Balaji TV, Co-Founder & CEO of Lovetreats.in highlights some of the reasons behind this change.

Moving far ahead from a time when girls and boys would get married without even seeing each other's faces to having a live-in relationship before deciding to get married today, the massive reorientation has been a catalyst in making sexual preferences a priority. The modern Indian woman wants to be sure of the person before making him / her, life partner. They want to be sexually aware, compatible and certain that they can meet each other's sexual needs. Even the timing of the wedding is now decided by mutual agreement as compared to times when family members would make all the decisions. While a larger part of the country is yet to accept this change in thought process, the revolution has begun and it's not long before it will become the norm.

The upswing of the internet and the possibilities offered online has opened a world of opportunity to men and women alike. The information available on all topics has given an understanding of sexual preferences, pleasure means to achieve pleasure, sexual health and wellness, and pleasure products. It allows women to understand their bodies and needs better, making them mindful and vocal about what they want. As the third largest internet population in the world, Indians are exploring the many corners of the internet increasing their knowledge and learning new skills every day.

A major challenge that plagued society was the unavailability of pleasure products. Right from the 1900s, while the vibrator has been evolving but the limited access to it and other products made them available only to the upper class or men who bought products for their wives. Even those known to the idea couldn't access or possess the tools. Today, the e-commerce industry has resolved this problem and brands like Lovetreats.in, who offer home delivery and discreet packaging, have changed the game. The convenience of making an order at the click of the fingers is a huge factor in the metamorphosis of this generation.

Working women were a taboo in India until a few decades back. Those women who wanted to work were to take permissions from the men in the family (and were mostly denied) or belonged to the HNU category and had the privilege to make this choice. Women were financially dependent on men (be it their fathers or husbands) for everything, making it very difficult for them to purchase wants. The major change in this scenario today, where a larger part of the women in India are working and earning, has given financial independence to them. With both husband and wife working and bringing home some earnings, women have a say in the household and personal expenditure. There has also been an increase in disposable income – allowing women to learn about and invest in their pleasure.

It has played a vital role in the aspirations of the youth today. It has made a shift in the freedom of the generation and hence, their experiences. Access to a wide range of content on the tap of a button has expanded the imagination, desires and expectations of women, bringing to light different prospects and the expansive scope of sexual pleasure. Technology also has evolved sex toys being used by couples in long distance relationships via app-powered toys.

Apart from these factors, the media and content in India today reflects society and showcases the potential of growth. The cloud of a taboo over female sexuality and preferences is slowly evaporating courtesy the positive content and views showcased in today's content. Right from films to web series, women's sexual needs are being shown in a positive light, given importance and being brought to normalcy. Be it films like Veere Di Wedding, Lipstick Under My Burkha, Lust Stories or web series like Four More Shots Please, content creators are working hard to change the perception and bring equality even in content.

With a gradual change in all these factors, there is an underlying mindset that is transforming, a society that is opening up to talking about sexual needs, sexual health and pleasure products, a reformation of thought processes that offer respect and acceptance to women. Although a slow and gradual process, it has begun and it is gathering pace.

Indian women have gained the confidence to speak up and stand up for their requirements. Content creators and brands are acting as catalysts in this process. At Lovetreats.in, since the beginning majority of the orders for women's pleasure products and surprisingly, a lot of men are also behind these orders. The precedence of satisfying the female counterpart's need is a welcome change and has been much-awaited over the years.