Boxing may be the best way to keep fit 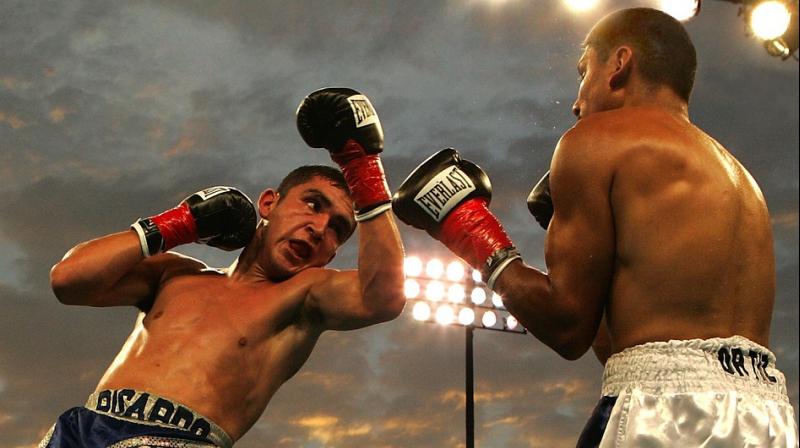 Boxers can burn around 800 calories over an hour in the ring, making it one of the most effective sport towards losing weight (Photo: Pixabay)

A new survey has revealed that stepping into the boxing ring may be the best way to shed those extra pounds.

It turns out that boxers can burn around 800 calories over an hour in the ring, making it one of the most effective sport towards losing weight, the research claims, adding that Squash, which allows players to burn 786 calories in an hour comes in at a close second.

In comparison, sex allows a man to burn 200 calories in an hour but just 138 calories for a woman.

The results are from a new survey of healthy men and women, who recorded how many calories they burned while doing a range of physical activities.

According to the survey boxing was the most effective because it involves intense training intervals and engages multiple muscle groups.

Rowing came third at 740 calories but only if you are doing it on a river or a lake - the calorie burn drops to 440 calories if this is on a rowing machine at the gym.

Road running at a medium or fast pace came fourth at 700 calories an hour.

Other included swimming which came in fifth but only if one did the front crawl or butterfly, which burns 680 calories in an hour and popular team sports were next best for calorie burning with rugby (614 calories an hour) just beating football (612 calories) because of its heightened physicality.