Experts say there is no doubt that most computer users experience digital eyestrain. 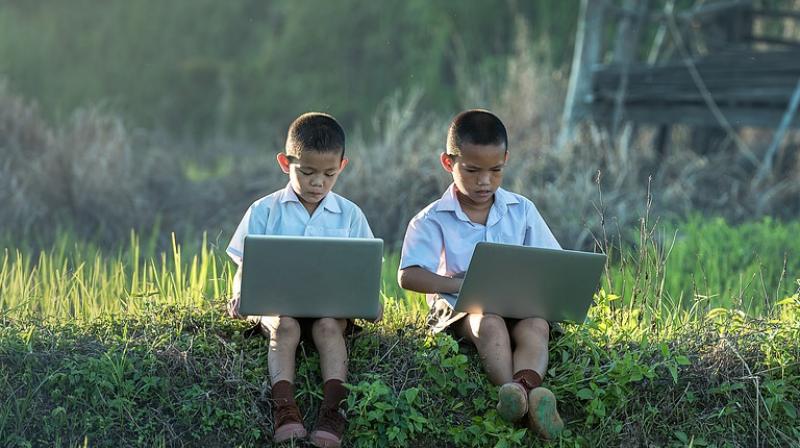 Washington: Turns out, there is an increasing concern about potential harm to the visual development of children, who spend excessive time glued to screens.

Experts suggest that kids should be allowed only two hours of screen time a day for the sake of their health, The Sun reported. "Passive consumption of screens should be avoided, such as leaving the television on in the background, to avoid normalising this behaviour," Dr Tracie Barnett is quoted as saying by The Sun.

Ophthalmologists - physicians who specialize in medical and surgical eye care are seeing a marked increase in children with dry eye and eye strain from too much screen time. The American Academy of Ophthalmology is teaching parents with the facts, so they can make informed choices about their children's eye health.

It is a fact that there is a worldwide epidemic of myopia, also known as nearsightedness. Since 1971, the incidence of nearsightedness in the US nearly doubled, to 42 percent. In Asia, up to 90 percent of teenagers and adults are nearsighted. Clearly, something is going on. But scientists can't agree on exactly what.

A new study appearing offers further evidence that at least part of the worldwide increase in nearsightedness has to do with near work activities; not just screens but also traditional books.

However, it remains unclear whether the rise in nearsightedness is due to focusing on phones all the time, or to light interacting with our circadian rhythms to influence eye growth or none of the above.

While scientists look for a definitive answer, there is no doubt that most computer users experience digital eyestrain. Kids are no different from adults when it comes to digital eyestrain. The symptoms include dry eyes, eye strain, headaches, and blurry vision, too. While symptoms are typically temporary, they may be frequent and persistent.

The study's findings were originally published in the journal Ophthalmology.