Researchers found high levels of dangerous bacteria that cause blood poisoning, pneumonia and gastroenteritis when dryers were used. 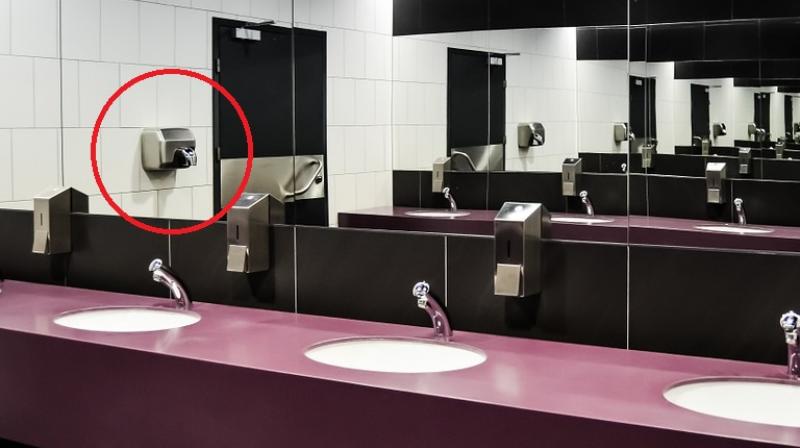 When people use a jet-air dryer, the microbes get blown off and spread around the toilet room. (Photo: Pixabay)

According to experts, air hand dryers should be banned from hospital toilets because they blow bacteria around the room.

A University of Leeds research found that using paper towels significantly reduces the risk of germs being spread between sick patients.

The researchers found high levels of dangerous bacteria that cause blood poisoning, pneumonia and gastroenteritis when dryers were used.

The research, published in the Journal of Hospital Infection, saw experts calling for the dryers – which can leave up to five times as much bacteria on the floor as paper towels – to be taken out of hospitals.

According to the lead author of the study, Professor Mark Wilcox, who is  an expert in medical microbiology at Leeds, the  problem starts because some people do not wash their hands properly.

He added, “When people use a jet-air dryer, the microbes get blown off and spread around the toilet room. In effect, the dryer creates an aerosol that contaminates the toilet room, including the dryer itself and potentially the sinks, floor and other surfaces, depending on the dryer design and where it is sited.”

Accordingly, if people touch those surfaces, they risk becoming contaminated by bacteria or viruses.

The research team looked at two toilets in each of three hospitals in the UK, France and Italy and found five times more bacteria on the floor when air dryers were in use compared to paper towels, and significantly more in the air, dust and surfaces of the room.

The bugs included E. coli, which causes gastroenteritis and pneumonia; staphylococcus aureus, which is responsible for wound infections and blood poisoning; and enterococci, which cause difficult-to-treat infections, particularly in patients undergoing chemotherapy.