Migraine not just a headache but a neurological disorder, experts say

The precise cause of a migraine is still unclear 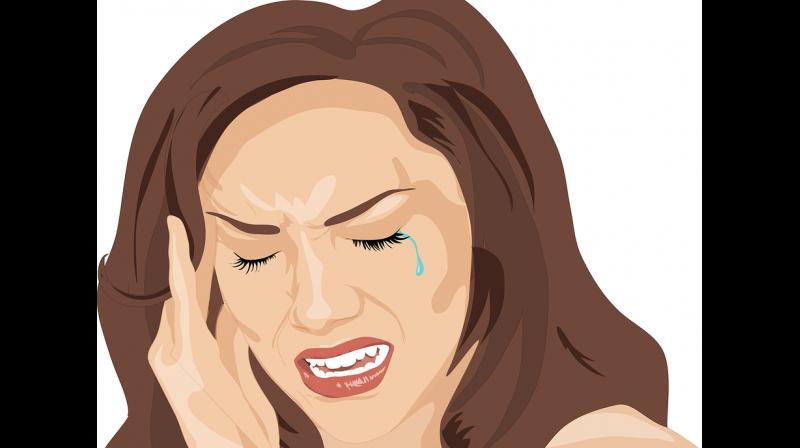 New Delhi: Migraine headaches are one of the most common neurological disorders in the world with an estimated global prevalence of one in seven people.

Despite such high prevalence, migraine continues to be an underdiagnosed and undertreated disease in India, resulting from myths and misconceptions surrounding the illness including incorrect diagnosis. While migraine can be effectively managed, awareness and understanding of migraine, its triggers and potential treatment options remains low.

Evidence shows that migraine reduces family, social, and recreational activities. Many patients have had to give up their careers as they are not able to cope. Personal and family lives also get adversely impacted. There are many cases where recurrent headaches and disability has led to self-harm because of the co-morbid depression that is seen with migraine.

According to Dr. K. Ravishankar, The Headache and Migraine Clinic, Jaslok and Lilavati Hospitals, Mumbai, "Migraine is a chronic, disabling neurological disorder that affects more than 150 million people in India. It is often misdiagnosed as sinus associated headache or as being due to a refractive eye problem or as stress related."

"Migraine is a treatable disorder, where the headache frequency and severity can be effectively controlled. To achieve that goal, one needs to avoid self-medication with harmful over-the-counter pain-killers and be rightly diagnosed and treated with specific anti-migraine treatment prescribed by consulting doctor," he added.

Further, talking about the causes and symptoms of migraine, Dr. Harirama K Acharya of Narayana Health City, Bengaluru, said, it is characterised by recurrent attacks of moderate to severe head pain that is throbbing or pulsating and often strikes one side of the head, though both sides may ache.

Other common symptoms are increased sensitivity to light, noise, odours and nausea and vomiting. Routine physical activity, movement, or even coughing or sneezing can worsen the headache.

"An untreated migraine attack usually lasts from 4 to 72 hours. Most people who suffer migraine headaches have a family history of headaches suggesting a strong genetic susceptibility. Migraine in women often relates to changes in hormones. The precise cause of migraine headaches in unclear, but there is general agreement that blood flow changes in the brain are a key factor," Dr. Harirama K Acharya stated.

Triggers of migraine: A trigger is a condition that acts as a precursor to set off a migraine attack. These triggers can be unique for each patient. Environmental factors appear to play a significant role in triggering a migraine attack however, other things may also act as triggers.

Some of the common triggers of migraine are:

1. Food additives such as sweetener aspartame and monosodium glutamate (MSG)
2. Drinks including alcohol and high caffeine beverages
3. Stress at work or home
4. Sensory stimuli such as bright lights, sun glare, loud sounds, and strong smells like that of perfume, paint thinner, passive smoking
5. Changes in wake-sleep pattern including lack of sleep or too much sleep
6. Physical exertion
7. Changes in the environment such as change of weather or barometric pressure
8. Medications such as oral contraceptives and vasodilators

It is important for patients to seek help from a headache specialist or neurologist and complete their migraine treatment as prescribed by the consulting doctor.