Smartphone apps may not be accurate at tracking your physical activity: Study

Despite the findings, researcher also say people should not be discouraged from using health apps for motivation. 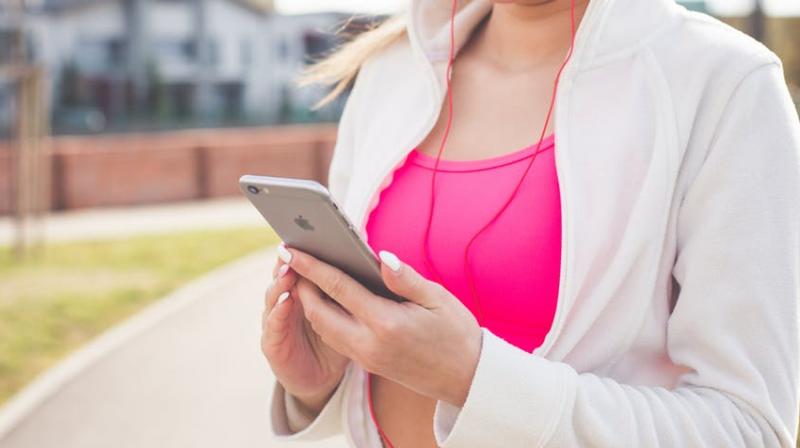 Washington: If you completely rely on your smartphone to monitor your physical activity, then you are probably more active than it shows, finds a recent study.

According to the University of British Columbia researchers, the iPhone's built-in pedometer missed about 1,340 steps during a user's typical day when compared to a purpose-built accelerometer worn on the waist. The results suggested that for people who are already tracking their steps, they can rest assured that if their phone says they are getting the recommended 10,000 steps in a day, then they are probably getting at least that many and they are working toward better health.

Lead study author Mark Duncan that in order to make accurate conclusions, the team of researchers need to know that the data is actually representative of real behaviour. The team analysed 33 participants and were divided into two parts: a laboratory test and a test in regular living conditions.

In the lab test, the participants carried two iPhones - a personal iPhone and a shared one provided by the lab - so researchers could see if different phone models produced different results. The findings suggested that personal iPhones underestimated steps by 9.4 percent at the slowest speed of 2.5 km/h.

At faster walking speeds, the phones were off by less than five percent, which is generally considered acceptable for a pedometer. In the second study, the participants fixed accelerometers to their waists for a full day and recorded step readings from the iPhone at the beginning and end of the day.

Over three days, the iPhone underestimated the accelerometer data by an average of 21.5 percent, or 1,340 steps per day. "The accelerometer in the iPhone actually does a pretty good job when tested under lab conditions," said senior author Guy Faulkner. "You just have to have it on you at all times."

The results suggest researchers should use caution when relying on smartphone data, but Duncan said the average person should not be discouraged from using health apps for motivation. From a public health point of view, it's better that it underestimates than overestimates, they concluded.

The research appears in journal of Sports Sciences.