Migrants tend to be healthier and live longer, says study

Populist arguments that migrants pose a health risk and a burden to health systems are myths used to drive anti-immigrant sentiment. 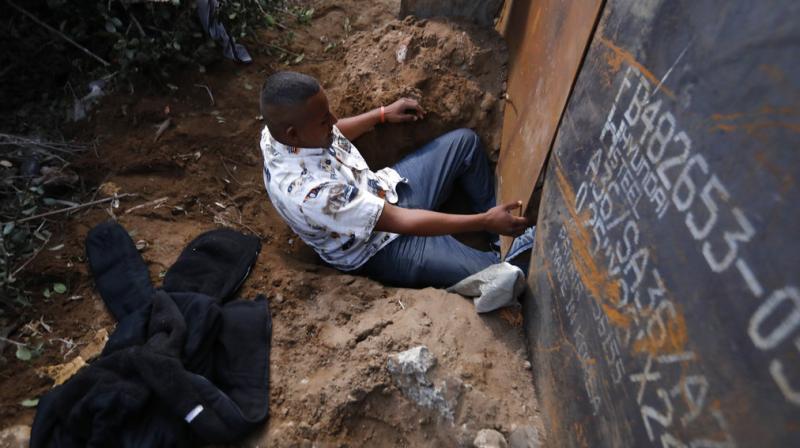 Migrants are, however, more prone to diseases such as hepatitis, HIV and tuberculosis, but tend to spread those infections among immigrant communities. (Photo: AP)

Migrants tend to be healthier than the residents of wealthy countries they travel to, such as the United States, and often help fight diseases by becoming healthcare workers in those nations, according to a study published on Wednesday.

Populist arguments that migrants pose a health risk and a burden to health systems are myths used to drive anti-immigrant sentiment, the report published by University College London and the Lancet medical journal concluded.

The two-year study found that migrants, in general, have greater life expectancy than residents of host countries and are less likely to die of illnesses such as cancer and heart disease.

They were, however, more prone to diseases such as hepatitis, HIV and tuberculosis, but tended to spread those infections among immigrant communities rather than the general population, the study found.

“Our analysis suggests that migrants are healthier, migrants contribute positively to the economies of host countries, and in wealthy countries like the United Kingdom and United States, migrants constitute a large portion of the health workforce,” said Ibrahim Abubakar, chair of the UCL-Lancet Commission on Migration and Health that carried out the study.

The report, which looked at 96 studies and 5,464 mortality estimates for more than 15 million migrants, found inconsistencies between migrant groups.

“In too many countries, the issue of migration is used to divide societies and advance a populist agenda,” Lancet Editor Richard Horton said in a statement. “Migrants commonly contribute more to the economy than they cost.”

The results were based mainly on studies of migrant health in wealthier countries, due to a lack of data on low-income and middle-income countries. As a result, the study may not reflect the health of immigrants in those poorer countries that are the most popular destinations globally for migrants, the report cautioned.