If cancer did return, then this could often be dealt with successfully by a second round of brachytherapy. 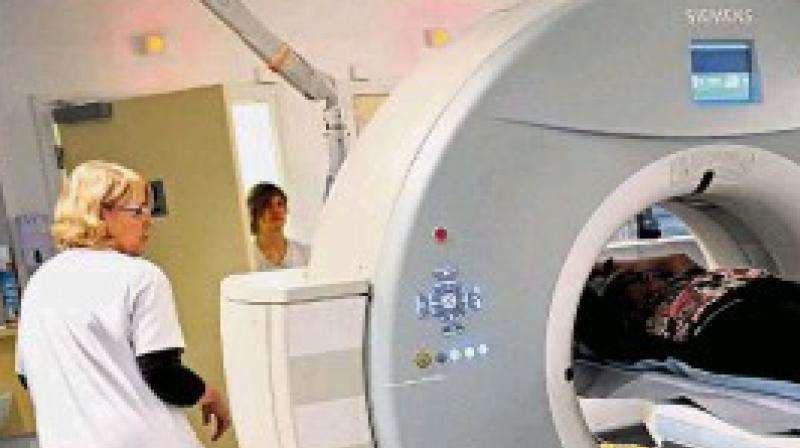 Brachytherapy is an adequate upfront, organ-sparing strategy, which is usually associated with only mild to moderate toxicities (Photo: AFP)

Washington: When it comes to the penile cancer, brachytherapy should be the go-to treatment, according to a recent study.

Results from the largest group of men treated for cancer of the penis by a single institution that were presented at the ESTRO 36 conference have shown that treatment with brachytherapy (a type of radiotherapy) is a good option that can be used instead of surgery in many cases.

Alexandre Escande from the Gustave Roussy Cancer Campus (Villejuif, France) and his colleagues examined the outcomes of 201 men, aged over 45, treated at their institution and followed up for several years until March 2016 (median average follow-up time was 10.7 years).

All the men were circumcised and then treated with brachytherapy, which involved inserting radioactive wires in or near the tumour; these emit radiation at a low dose rate for several days, delivering a total dose of between 36.5 and 76 Gy to kill the cancer cells.

Five years after treatment the probability of surviving with the penis intact was 85 percent although 13 men had surgical treatment for toxic side effects of the treatment, such as painful ulcerations. The overall survival rate was 79 percent and the rate for surviving without the cancer recurring was 82 percent. Eight men had to have their penises removed by surgery and 18 men had partial surgery after their cancer returned.

Men who did less well and were more likely to suffer a recurrence of their cancer and to require further treatment, including surgery, were those whose cancer had started to metastasise (spread) to the lymph nodes in the groin, who had tumours larger than 4cms in diameter, or who were treated with brachytherapy at a dose less than 62 Gy. Neutrophilia (a high white blood cell count) at the time of diagnosis was linked to a higher risk of metastasis.

Escande told the conference: "These results show that brachytherapy is the treatment of choice for selected patients whose cancer has not spread into the sponge-like regions of the erectile tissue in the penis - the corpus cavernosum. It is effective at controlling and eradicating the cancer and allows a high number of men to preserve their penises."

"Another important finding was that if cancer did return, then this could often be dealt with successfully by a second round of brachytherapy or by surgery without the men being at higher risk of death from the disease. This suggests that brachytherapy is an adequate upfront, organ-sparing strategy, which is usually associated with only mild to moderate toxicities. Men still have a good body image, and also sexual and urinary function for the majority," he added.