Over 1 lakh thalassemia patients die before they turn 20

People suffering from thalassaemia are unknowingly passing on this genetic disorder to their children. 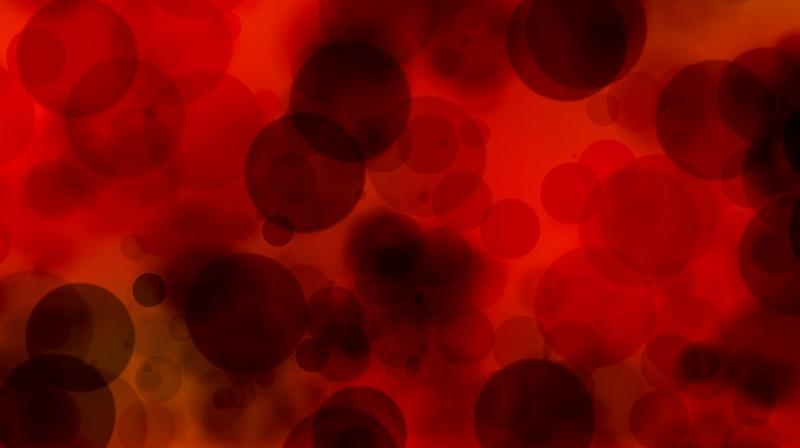 New Delhi: India is one of the worst thalassemia affected countries in the world with more than four crore carriers and over one lakh thalassaemia majors under blood transfusion every month.

On World Thalassaemia Day, the focus falls back on the efforts to contain the disease. Over one lakh thalassemia patients across the country die before they turn 20 due to lack of access to treatment. With preventive health not being the norm in India, people suffering from thalassaemia are unknowingly passing on this genetic disorder to their children. Every year more than 10,000 children with thalassaemia major are born in India.

While countries like Pakistan, Dubai, Abu Dhabi and Saudi Arabia have made carrier testing compulsory for relatives of thalassaemia patients long back, there has been no move to put in place prevention and control program at the national level in India.

"Thalassemia is an inherited condition which is carried in the genes and passed on from parents to children. One of the major types of thalassemia, Beta thalassemia, happens when the gene that controls the production of a protein called beta globin becomes defective. The rising number of thalassemic children is posing a threat on the public health of our country. Lack of awareness of the problem, failure in planning, no provisions for prevention and inadequate treatment leading to premature death among the affected children are the leading causes for the crisis", said Dr. Manjeetha Nath Das, Consultant Internal Medicine, Columbia Asia Hospital, Gurugram.

The inherited blood disorder destroys the red blood cells extensively, leading to anaemia, in which the body does not produce enough normal healthy blood cells.
Children with mild thalassemia do not show any symptoms, and doctors may not diagnose it until a routine blood test reveals anaemia. Only on further investigation and testing for iron-deficiency, is when thalassemia is detected generally. The focus needs to be on early diagnosis, which gives the patient and family due time to contain the disease.

"Children who have mild thalassemia may feel tired or irritable, have shortness of breath, feel dizzy or lightheaded, and have pale skin, lips or nail beds compared to their normal colour. In more severe cases, they may also have heart palpitations, jaundice, enlarged liver or spleen, enlarged bones, mainly in the cheeks and forehead, and slowed growth which is caused by the late onset of puberty caused by anaemia. If children are not diagnosed and treated in time, thalassemia may play a part in other health problems such as heart diseases, infections and weakness, and brittle bones", he said.

"Bone deformities, iron overload and even heart problems can be associated with thalassemia. It is spreading fast and now taking epidemic proportions with millions of people being affected with it an about 10,000 children being born with it in India every year. There should be a system of regular screening and diagnosis to put a check on this disease. Pregnant women should go for proper and complete pre-natal tests to identify whether they are transferring the disease to their children or not. There is no cure available for thalassemia right now and the only way the affected people can live is by regular blood transfusion," said Dr Prashant Shetty ,Executive Director (Biochemistry, Haematology & Immunoassay Dept.) at iGenetic Diagnostics.

"Thalassemia is taking epidemic proportions in the country with 45 million people being affected with it currently. About 10,000 babies are born with this genetic disorder every year in India. One big issue that we are facing currently in association with thalassemia is the medical gap - lack of trained doctor and facilities that have the infrastructure and the manpower to manage the disorder," said Dr Dharminder Nagar, MD, Paras Healthcare.

Children suffering from this disease also require psychosocial support, including promotion of a clear understanding of the disease. Thalassemia support groups are also very important as they not only educate patients and their families about the disease, but also provide them with an opportunity to meet their peers and participate in social activities. Children should be allowed to get involved in normal activities with healthy peers to further their development and build their self-image.

The need for psychosocial support is even greater in India where treatment poses a financial burden as well. The need to shift the attention on psychosocial management aspects of thalassemics by initiating intervention programs will help them in leading a healthy, creative and fulfilling life.