Life   Health  08 Jul 2018  Unsafe syringes from UK have ended up in Indian hospitals according to reports
Life, Health

The syringe pumps have been implicated in NHS deaths over a 30-year period, the newspaper had recently revealed. 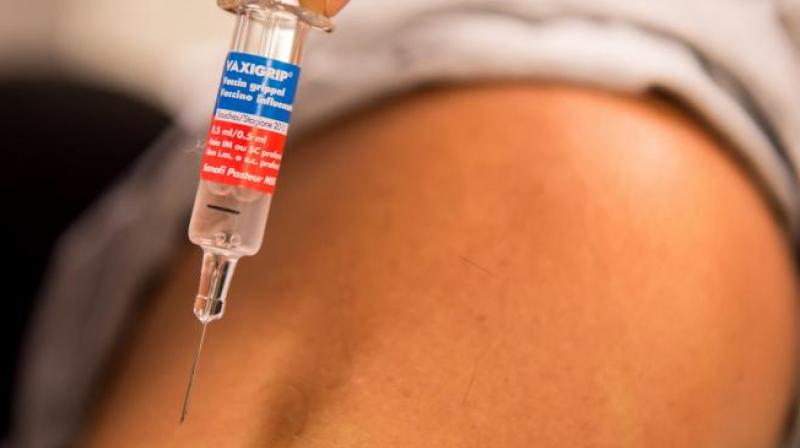 The pumps led to the rapid infusion into the bloodstream of dangerous doses of drugs (Photo: AFP)

London: Syringes declared unsafe for use by the UK's state-funded National Health Service (NHS) found their way to India and are likely to have been used in some hospitals in the country, a media report said here today.

According to The Sunday Times', banned Graseby syringe drivers were given to hospices and medical organisations in countries such as India, South Africa and Nepal. It followed the phased withdrawal of the devices from the NHS in 2010 following safety alerts dating back as far as 1995.

As part of its investigation, the newspaper found a notice issued by the Isle of Wight NHS Trust in December 2011, which advised staff that in order to comply with a department of health alert all Graseby MS 16 and MS 26 syringe drivers would be replaced. It added: They will be donated to a 3rd world charity.

Other donations were more informal, with one nurse from Somerset in England writing in a 2014 blog that she had been allowed to take several Graseby drivers with her when volunteering at a hospice in India. In the same year, another doctor mentioned a Graseby syringe driver being given to him before he attended a medical charity expedition in Nepal.

Peter Walsh, the chief executive of safety charity Action Against Medical Accidents, said, Obviously the safety of patients in any part of the world should be of concern to us in the UK. What would worry me most is if the countries or institutions concerned weren't fully briefed on the risks with these particular devices.

The syringe pumps have been implicated in NHS deaths over a 30-year period, the newspaper had recently revealed.

The pumps led to the rapid infusion into the bloodstream of dangerous doses of drugs. The two syringe types, which were easily confused, were used at Gosport War Memorial Hospital, Hampshire, where Dr Jane Barton worked between 1988 and 2000. Last month, she was found responsible for the deaths of as many as 650 people as part of a culture in which opiates, or opium-based drugs, were recklessly prescribed.

Last month, Health Secretary Jeremy Hunt told medical directors to make absolutely sure that the banned Graseby syringe drivers were no longer in use in Britain.

Rotary International in Great Britain & Ireland said, The donation of the syringe drivers was made in good faith for the project by the NHS, and helped hundreds of people who otherwise would have suffered tremendously during their final stages of life.

The devices have also been banned elsewhere, including in New Zealand and Australia, but remained in use in the NHS until 2015.