Life   Health  09 Feb 2018  This protein can up survival during flu
Life, Health

This protein can up survival during flu 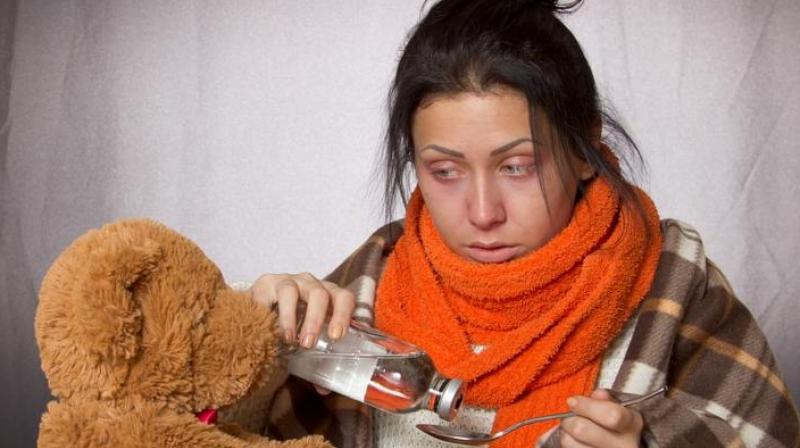 Washington: A specific protein can help reduce inflammation and improve immunity for survival during the flu, a recent study has found.

The Penn State-research studied the survival and lung function of mice with influenza in the lab and found that GM-CSF - a protein that modifies the immune response to the flu, may also help reduce lung inflammation and improve survival during influenza.

They found that the mice that had been given large amounts of a special cytokine - molecules that warn other cells that there's an infection or other trauma in the body - called GM-CSF, had better survival and lung function than the other mice.

Researcher E. Scott Halstead said that the results suggested that the GM-CSF could be a potential therapeutic strategy for treating the flu.

"Influenza can be bad, which this flu season is kind of showing, so we're always trying to find new strategies to deal with it," Halstead said.

He further noted, "Previous research has shown that mice with naturally higher levels of GM-CSF might be protected from the flu. But in this study, we gave the mice GM-CSF after they got the flu, which is more similar to when a patient gets sick and then you do something to help them. Even after they got the virus, it still helped".

While all viruses trigger a cytokine response in the body, Halstead said influenza tends to create a surge in a particular cytokine called type II interferon, which may be why influenza can be worse than other such viruses as rhinovirus or respiratory syncytial virus (RSV).

The researchers said that because they still saw the GM-CSF benefiting the mice several days after the mice had been infected with the flu, there is potential for using GM-CSF to treat flu and pneumonia in humans.

The study is published in the journal Respiratory Research.