The secret to avoid hangovers

Beer vs wine: Does not matter what you drink first, you will still end up drunk. 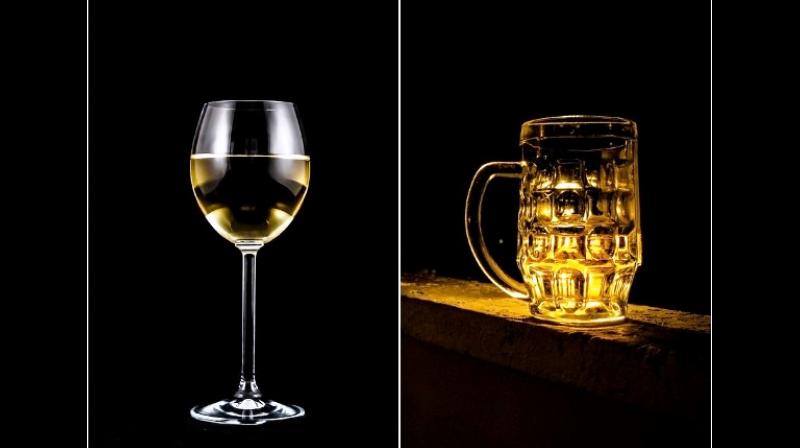 The experts did not find any truth in the idea that drinking beer before wine gives you a milder hangover. (Photo: Representational/ANI)

Washington: European researchers have now established that try as you may to change around the order of your alcoholic beverages, if you indulge too much in drinks, you will still be hung-over.

The results, published Thursday in the American Journal of Clinical Nutrition, show no difference in the intensity of the hangover brought on by drinking wine first followed by beer or the other way around.

Speaking about the study, Jöran Köchling, one of the authors of the study said, "We didn't find any truth in the idea that drinking beer before wine gives you a milder hangover than the other way around.”

Two factors did seem to predict the severity of symptoms the day after – how drunk people felt while they were drinking and whether they vomited. The people who scored themselves higher on the 1 to 10 how-drunk-are-you scale at the end of the night and those who threw up at any point were the ones most likely to rate their hangover as severe.