Life   Health  09 May 2018  Walking may help your chance of becoming pregnant
Life, Health

Walking may help your chance of becoming pregnant 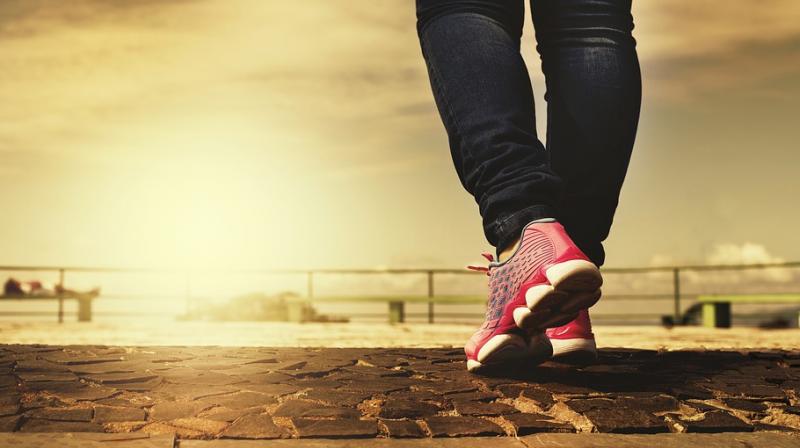 Washington: Having trouble conceiving? Walking may aid your chance of becoming pregnant, according to a study.

The research was conducted by Lindsey Russo and her advisor Brian Whitcomb of the University of Massachusetts Amherst.

Russo and Whitcomb's findings among healthy women ages 18 to 40 years old with a history of one or two pregnancy losses are based on their secondary analysis of the multi-site Effects of Aspirin in Gestation and Reproduction (EAGeR) study.

It is led by Enrique Schisterman of the Eunice Kennedy Shriver National Institute of Child Health and Human Development.

Whitcomb, whose research on the determinants of fertility and pregnancy outcomes usually involves studying biomarkers at the molecular level, added, "Lifestyle is definitely relevant to these outcomes because it can have an effect at the molecular level. What we eat and what we do are potential factors we can change to shape our health. So this sort of research is important because it helps provide information on the things people can actually do something about."

Further he said, "We were happy to be able to add scientific evidence to general recommendations about physical activity. This is especially true for the results about walking for even limited blocks of time. Walking has great potential as a lifestyle change because of its low cost and availability."

For the 1,214 women in the study, the association of walking with the ability to become pregnant, known as fecundability, varied significantly by body mass index, the authors report. Among overweight/obese women, walking at least 10 minutes at a time was associated with improvement in fecundability.

Moderate activity, sitting and other activity categories were not associated with fecundability overall or in BMI-stratified analyses, they added.

The researchers concluded that "these findings provide positive evidence for the benefits of physical activity in women attempting pregnancy, especially for walking among those with higher BMI."

The study appears in the journal Human Reproduction.