The Pakistani boy has only a 30 percent chance of survival 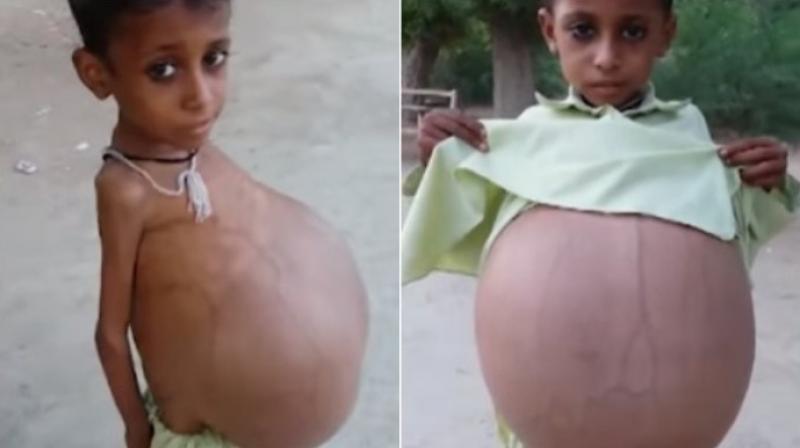 Shah suffers from Hirschsprung’s disease which causes a build-up of faeces in his bowels causing an enlarged belly. (Photo: Youtube)

There are many kinds of rare conditions that surprise even doctors everyday and while there are cures for some, many are yet incurable. A boy from Pakistan has been reported to have a rare condition with a swollen belly and an operation is the only way of survival but sadly his parents do not have the money for the treatment.

According to a report in the Daily Mail, Shah Gul Mazari suffers from a condition that makes his belly swell the size of a beach ball because of the build-up of faeces in his bowels. The nine-year-old suffers from Hirschsprung’s disease that makes his belly grow abnormally large making it difficult for his parents to even make him wear clothes that fit him. His father Niaz Mazari and mother Mian Zohran also do not send him to school because they fear he will be bullied because of it.

Unfortunately, his parents do not have enough money as his father earns barely Rs 245 a day and a much-needed surgery seems impossible anytime soon. Shah has only 20 percent chances of survival if the surgery does not happen any time soon to treat the condition.