The crucial issue is what can be done to better the quality of life of those affected by mental health problems. 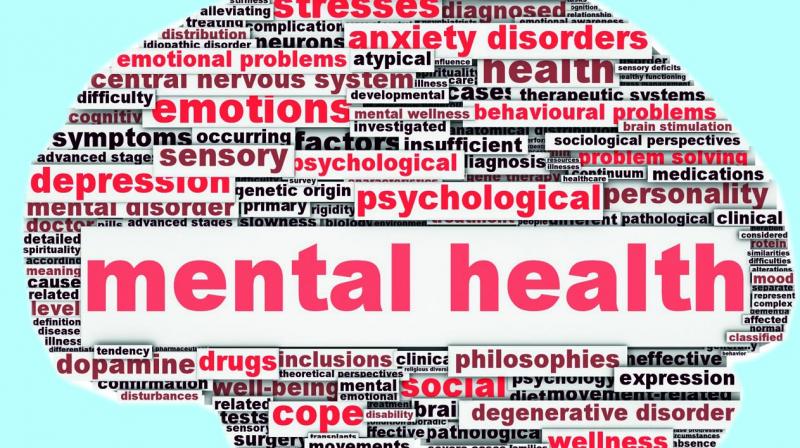 A recent WHO-led study estimates that depression and anxiety disorders cost the global economy $1 trillion each year in lost productivity.

October 10, this year, is the 25th anniversary of the World Mental Health Day founded by World Federation for Mental Health, supported by United Nations, specifically by the World Health Organisation (WHO) and observed in over 100 countries by reflecting on what is being done and urgently needs to be done to better mental well-being of the national population. Like in many other developed and developing countries, in India too, it is an appropriate time to dwell on mental health issues, to discuss preventive and treatment services as well as raise awareness about mental well-being among the young and the old who are both affected by various mental health common disorders, such as those related to depression, anxiety, behaviour, moods, personality, eating patterns, substance use, trauma, stress, suicidal tendencies, psychotic symptoms, obsessive compulsive disorder, Alzheimer’s, memory loss, etc.

Mental health illnesses, which according to latest statistics affect about 12 per cent of the world population, are particularly increasing among the workforce population, where current statistics reveal one out of every five people is experiencing a mental health problem. For this reason, 2017 has been marked as a concern with mental health issues in the work place, to focus on increasing employee absenteeism, lower rates of productivity and increased costs to organisations because of workforce mental health problems and to think about how to help employees deal with this and improve their mental well being.

The crucial issue is what can be done to better the quality of life of those affected by mental health problems be they part of the workforce or out of it, specially when treatment gap exists, burden on society and economy is high. Can we make mental healthcare a reality for those suffering and affected by it?

An emerging concern is feeling of existence of negative work environment among increasing proportions and sections of the workforce, specially for those affected by depression, anxiety and who because of this take to harmful use of substances or alcohol, absenteeism resulting in lost productivity. A recent WHO-led study estimates that depression and anxiety disorders cost the global economy $1 trillion each year in lost productivity. While efforts need to be made to better the work environment, to put in place workplace initiatives to promote mental health and to support employees who have mental disorders, many societal initiatives are also required to support families and communities in providing conducive mental health environments to improve the well-being of those affected by using a human rights perspective.

For instance, recent research evidence indicates that a substantial proportion of workers caring for Alzheimer’s and dementia affected parent or spouse become victims of various kinds of mental health common disorders which affects their work and productivity but they get limited respite, care and treatment for their problems.

Mental healthcare services and facilities are not only few in most countries, the stigma attached and discrimination that exists isolates people affected by these problems resulting in total neglect of those who need care. Providing comprehensive, integrated and responsive mental health and social care services in community-based settings is a challenge for most governments as much as it is to implement strategies for promotion and prevention in mental health. Provision of mental healthcare must be made part of national health programmes and be expanded in order to reduce the mortality and disability for people with mental health conditions, prevent mental disorders and promote mental health and well-being, which is also part of the 2013-2020 WHO Global Mental Health Action Plan. The aim of the plan is to stop the treatment of people with mental and behavioural problems from being cruel, inhuman, and degrading in a number of countries and rightfully assert for a change in delivery of services to make interventions most appropriate, provided with adequate social protection, and in ways that promote social inclusion and recovery.

There is need to have many more mental healthcare institutions that are hospital-based but along with that is the requirement for smaller, community-based services that are integrated into general health services. As much as there should be emphasis on expanding outpatient services, there should also be increasing provisions for inpatient facilities in all general hospitals to facilitate the continuum of care. Mental healthcare must adopt an approach from promotion and prevention to treatment, rehabilitation, care and recovery.

In mental healthcare, the emphasis should also be on protection from the dangers of over-diagnosis and over-medicalisation to the importance of information and monitoring. In India, the Mental Healthcare Act, 2017 in this context is promising as it seeks to protect, promote and fulfil the rights of the mentally ill and to provide treatment, care and rehabilitation to improve the capacity for full potential to integrate into the community life. Within this framework we can incorporate the issue of improving mental healthcare in the workplace and hope for resources and means in organisations to create supportive environment for employees and workers, identification of early signs of burnout, provisions for stress management, reducing stigma and maintaining in all ways mental health wellness.

The writer is associate professor, department of Sociology, Maitreyi College, University of Delhi, with specialisation in health, gerontology and development studies