Compared to people who spent little time exercising, participants who reported devoting most time were less likely to die. 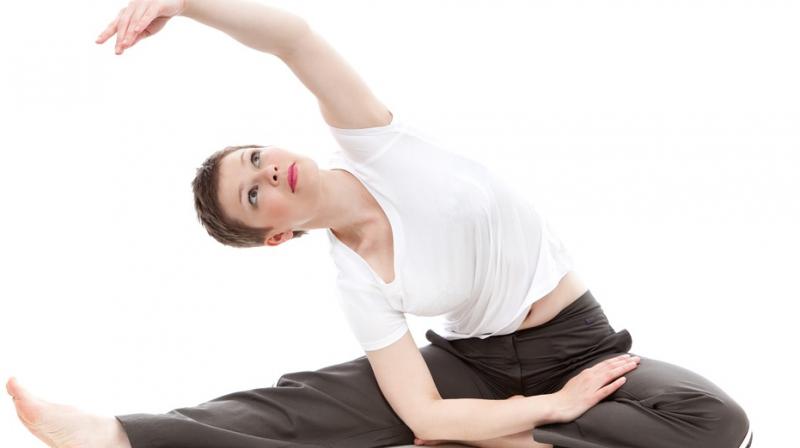 Exercise has long been linked to better survival odds and fewer complications for people with what’s known as type 2 diabetes. (Photo: PIxabay)

People with type 1 diabetes who exercise - and the more the better - are less likely to die prematurely than their sedentary counterparts, a recent study suggests.

Researchers examined data on the frequency, intensity and duration of leisure time physical activity for 2,639 patients with type 1 diabetes in Finland. After an average follow-up of about 11 years, 270 participants died.

Compared to the people who spent little or no time exercising, participants who reported devoting the most time to physical activity were less likely to die during the study, even when they had kidney disease.

“It matters because doctors have always prescribed physical activity for their patients with (type 1) diabetes without strong evidence,” said lead study author Dr. Heidi Tikkanen-Dolenc of the University of Helsinki and Helsinki University Hospital.

Exercise has long been linked to better survival odds and fewer complications for people with what’s known as type 2 diabetes, the more common form of the disease that’s tied to obesity and aging. Type 2 diabetes develops when the body can’t properly use or make enough of the hormone insulin to help convert blood sugar into energy.

But it’s been less clear how exercise influences longevity for patients with type 1 diabetes, which happens when the body doesn’t make insulin and is usually diagnosed in childhood or early adulthood.

Left untreated, both types of diabetes can lead to nerve damage, kidney damage known as nephropathy, and complications in the heart, blood vessels and eyes. Often, people with diabetes eventually die of heart or kidney disease.

“Now we can say that in patients with type 1 diabetes, physical activity not only reduces the risk of diabetic nephropathy and cardiovascular disease events but also premature mortality,” Tikkanen-Dolenc said by email.

At the start of the study, patients were 40 years old on average and most were overweight.

Researchers asked the participants how often they exercised, and how intensely, as well as what activities they did. Then, the study team scored participants’ exercise levels and intensity based on a measure known as metabolic equivalent of task (MET) hours per week.

Over 10 years, the death rate for the least active group was 14.4 percent, compared with 4.8 percent for the most active group, researchers calculated.

After adjusting for other factors like current or former smoking, cholesterol, body mass, blood sugar control and age at onset of diabetes, the researchers found that people who got less than 10 MET hours of activity a week were nearly twice as likely as those who got more than 40 MET hours to die of any cause. People in the moderate exercise group were 37 percent more likely to die than the most active people.

Physical activity appeared to benefit patients both with or without kidney disease, the study team notes.

One limitation of the results is that researchers only assessed activity levels once, at the start, and it’s possible that people’s habits changed over time, the authors write. The study also wasn’t a controlled experiment designed to prove whether or how exercise might improve survival odds.

“While the exact amount of exercise needed to lower the risk of cardiovascular events is unknown, doing any is better than remaining sedentary,” said Sheri Colberg, a professor emeritus of exercise science at Old Dominion University in Norfolk, Virginia.

“As in people without diabetes, intense activity likely is even more cardioprotective than moderate or light activity,” Colberg, who wasn’t involved in the study, said by email. “But since the exercise is this study was self-reported and only collected at the start of the study, it is hard to draw definitive conclusions about how much exercise is needed and how intense it should be to reduce mortality risk.”