Tiny device is latest attempt to make it easier for people on medication for chronic illnesses, including those infected with the AIDS. 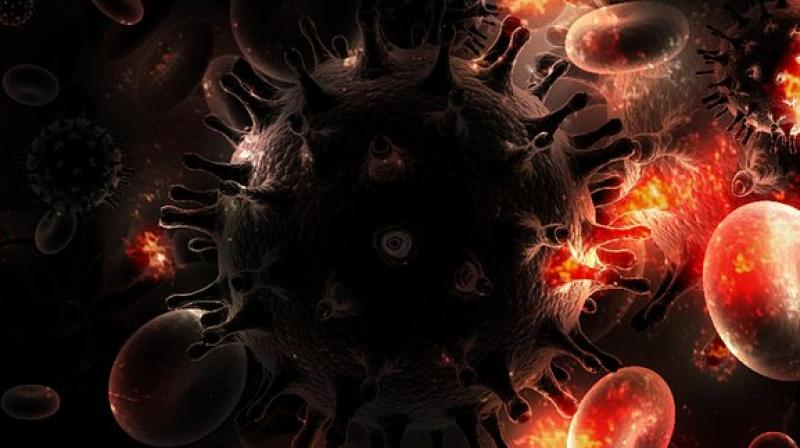 Average adherence is estimated at about 70 percent for antiretroviral treatment (ART), which keeps human immunodeficiency virus (HIV) under control, but does not kill it. (Photo: Pixabay)

Paris: An ingestible "mini pill box" which releases a cocktail of HIV drugs in the stomach over several days is a potential step towards reducing the burden of daily pill-taking, scientists reported on Tuesday.

Tested only in pigs so far, the tiny device is the latest attempt to make it easier for people on medication for chronic illnesses, including those infected with the AIDS-causing virus, to stick to their dosage plans.

Drug adherence is a major challenge for people who have to take multiple drugs daily, or even twice-daily, for the rest of their lives.

Average adherence is estimated at about 70 percent for antiretroviral treatment (ART), which keeps human immunodeficiency virus (HIV) under control, but does not kill it.

People who forget to take their medication run the risk of falling ill if the virus rebounds, or developing resistance to the drugs they were using -- which could require a more expensive, and more onerous, replacement.

Skipping pills can also lead to the failure of ART taken by infected people as a means of preventing the virus spreading to uninfected sexual partners.

The new dosage system comes in the form of a capsule which, once its shell is dissolved in the stomach, unfolds into a star-shaped gadget about four centimetres (1.6 inches) wide.

Unfolded, it has six arms, and can hold several different drugs at a time -- a "cocktail" of AIDS medicines, for example.

The device is designed to stay in the stomach, being too large to pass through the pylorus, a valve between the stomach and the small intestine, but without inhibiting food passing through the digestive system.

The team loaded a three-drug HIV cocktail into the device and tested it in pigs, animals with a stomach anatomy similar to humans.

In the trial, "these slow release dosage systems perform equal or better than the current daily doses for HIV treatment," said study co-author Giovanni Traverso of the Harvard Medical School.

Once it has done its work, the system breaks up and is excreted from the body in pieces.

Based on computer modelling, the new delivery system could prevent 200,000 to 800,000 new infections over the next 20 years, the research team estimated.

But long before that, more tests are needed in primates and eventually in humans.

Of those, more than 20 million were on ART.

Thirty-five years of research has yet to yield a cure or vaccine for the virus which has infected more than 70 million people since the early 1980s, and killed about 35 million.