While migraines are linked to increased risk of heart attacks, study shows headaches may also be tied to other cardiovascular problems. 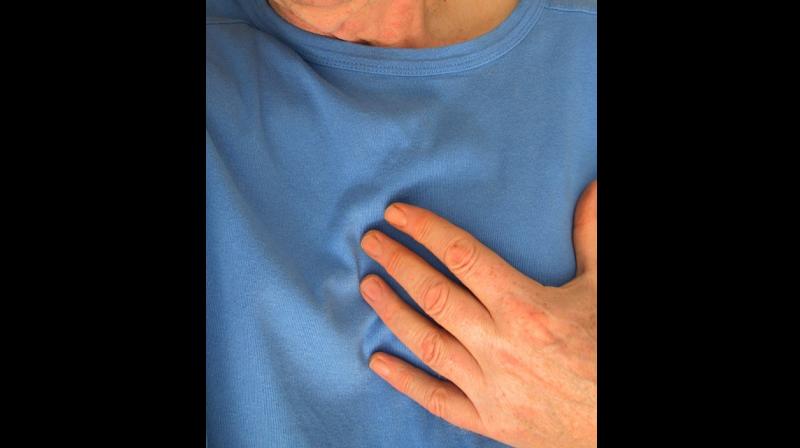 Accoridng to researchers accumulating evidence supports that migraine should be considered as a risk factor for most cardiovascular diseases in both men and women.

People with a history of migraines may be more likely to develop cardiovascular problems like heart attacks, stroke, and an irregular heart beat than individuals who don’t experience these headaches, a Danish study suggests.

While migraines have long been linked to an increased risk of heart attacks and stroke, the current study offers fresh evidence that these headaches may also be tied to other types of cardiovascular problems, said lead author Dr. Kasper Adelborg of Aarhus University Hospital in Denmark.

“Now accumulating evidence supports that migraine should be considered as a risk factor for most cardiovascular diseases in both men and women,” Adelborg said.

“Although the absolute risks of cardiovascular diseases were low at the individual level, it translates into a substantial increase in risk at the population level, because migraine is a very common disease,” Adelborg added.

Up to one in five people get migraines, a chronic, often debilitating disorder characterized by severe headaches as well as symptoms like nausea and intense sensitivity to sight or sound, researchers note in The BMJ.

For the study, researchers examined data on 51,000 patients who had been diagnosed with migraines and a control group of more than 510,000 similar people who did not have migraines.

In the migraine group, most of the patients were women and were typically diagnosed for the first time when they were around 35 years old.

At the start of the study, none of the participants had suffered a heart attack, stroke, peripheral artery disease, heart rhythm disorders, clots in the deep veins of their legs, or heart failure.

After 19 years of follow-up, 2,451 people with migraines had at least one of these cardiovascular problems, and 575 people had more than one.

A migraine history didn’t appear to influence the risk of heart failure or peripheral artery disease, however.

The absolute risk of these heart problems was low. Over the study period, 25 in every 1,000 people with migraines had a heart attack, compared with 17 out of every 1,000 individuals without a history of these headaches.

In general, the risk of cardiovascular problems associated with migraines was higher for people who had a history of migraines with aura (visual symptoms such as flashing or shimmering lights, zigzagging lines or stars).

One limitation of the study is that some people with migraines might not have been properly diagnosed, the authors note. Another drawback is that researchers lacked data on other factors like exercise habits that can independently influence the risk of developing cardiovascular disease.

Still, the findings add to a growing body of evidence that even young, healthy people may develop cardiovascular disease if they experience migraines, said Tobias Kurth, author of an accompanying editorial and director of the Institute of Public Health at the Charite - Universitatsmedizin in Berlin.

“Migraine, specifically migraine with aura, has previously been associated with an increased risk of stroke and there was increasing evidence that migraine is also related to other non-stroke cardiovascular diseases, such as myocardial infarction and death from cardiovascular causes,” Kurth said by email.

“These findings matter for patients because having migraine puts them at an added risk for cardiovascular disease above and beyond the risk from other known factors such as hypertension, smoking, obesity, etc.,” Kurth added.