The study says that since all vertebrates evolved from a common ancestor, humans also have these anti-cancer genes. 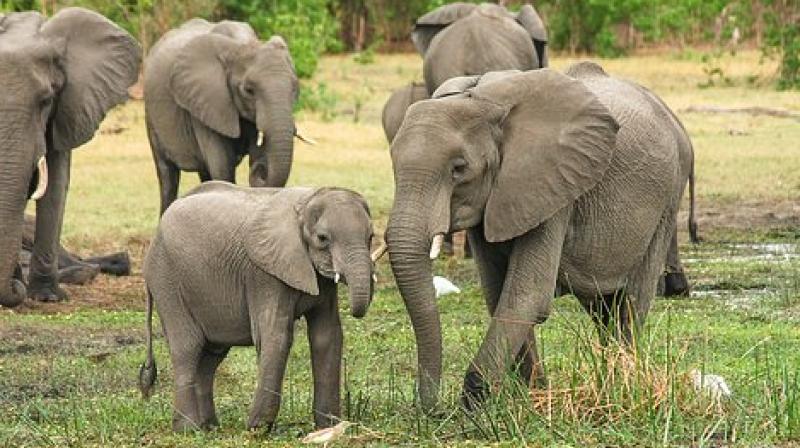 Cancer, which occurs when cells multiply uncontrollably, affects around one in 20 elephants, compared to up to one in two humans. (Photo: Pixabay)

Scientists have now discovered genes that make elephants resistant to cancer are also found in humans.

The study found that on being exposed to cancer-causing radiation, three genes, known as FANCL, VRK2 and BCL11A, worked to guard against mutations.

The study says that since all vertebrates evolved from a common ancestor, humans also have these anti-cancer genes. However, they do not appear to protect against the disease to the same extent.

Researchers hope the findings will lead to new anti-cancer medications in humans.

According to study author Dr Christopher Gregg from the University of Utah, the method gives them a new way to explore the genome and potentially uncover new approaches to identify, diagnose and treat disease.

Cancer, which occurs when cells multiply uncontrollably, affects around one in 20 elephants, compared to up to one in two humans; despite the animal having hundreds more cells.

Another earlier research suggested that elephants have 40 copies of the gene p53, which suppresses tumours, while humans have just one.

Researchers investigated genes that are shared by all vertebrates but evolved more rapidly in elephants.

The findings were published in the journal Cell Reports.

Also, a study back in 2015 found the whales have mutations that help prevent DNA from being damaged. It is unclear why this occurs.

Naked mole rats also do not appear to develop cancer, which is an otherwise extremely common condition among rodents.