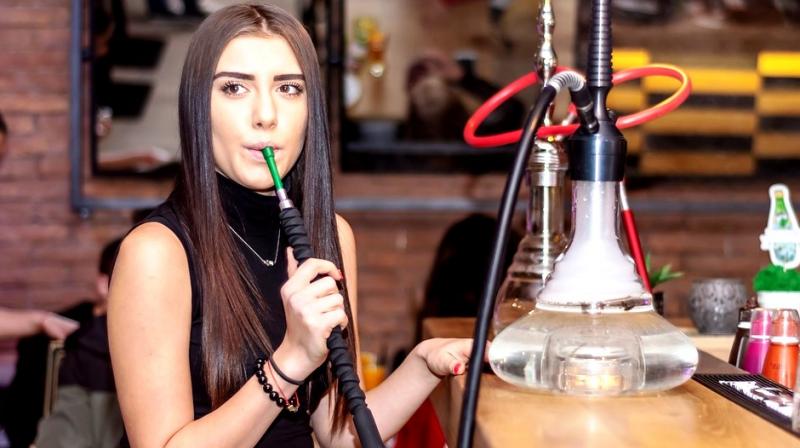 The study published in the American Heart Association's journal, called Circulation, states that a single session of hookah, that typically lasts 30 or more minutes, typically results in greater exposure to carbon monoxide than a cigarette and that the toxic chemicals, in addition to tobacco, harm the heart and blood vessels.

Hookah is also known as Narghile, Arghile, Shisha and Goza. It has a water bowl containing tobacco, has a head with holes in the bottom, a body, a flexible hose with a mouthpiece, and burning charcoal that is placed on top of the tobacco bowl.

The tobacco for hookah comes in various flavours and often colourful packaging, which appeals to the youth. The sweetness of the flavours masks the harshness of smoke that makes it easier to continue smoking hookahs.

"Many young people mistakenly believe that smoking tobacco from a hookah is less harmful than cigarette smoking because the tobacco is filtered through water, but there is no scientific evidence that supports that claim. However, there is evidence to suggest that hookah smoking is addictive and can lead to the use of other tobacco products such as cigarettes," said co-author Aruni Bhatnagar.

Hookah users inhale huge smoke filled with large quantities of particulate matter at higher concentrations than cigarettes. Even short-term exposure to carbon monoxide in hookahs is toxic and can interfere with exercise capacity.

In addition to carbon monoxide, hookah smoke contains other potentially harmful chemicals that can affect the cardiovascular system, including nicotine, air pollutants, particulate matter, volatile organic chemicals, polycyclic aromatic hydrocarbons, acrolein, lead, cadmium and arsenic. Most of these toxins are higher in hookah than cigarette smoke.

The study further says that there is evidence that tobacco in Hookah when smoked, impacts heart rate and blood pressure. Constant use of Hookah has been linked with increased coronary artery disease risk.

The trend of Hookah among young people rose with promotions on social media making it seem like a cool hobby to have, better than smoking a cigarette because that has been proven toxic and unhealthy.