A step up for menstrual health

From lack of proper toilets to installing sanitary napkin vending machine, the police force in Mumbai is becoming more women-friendly. 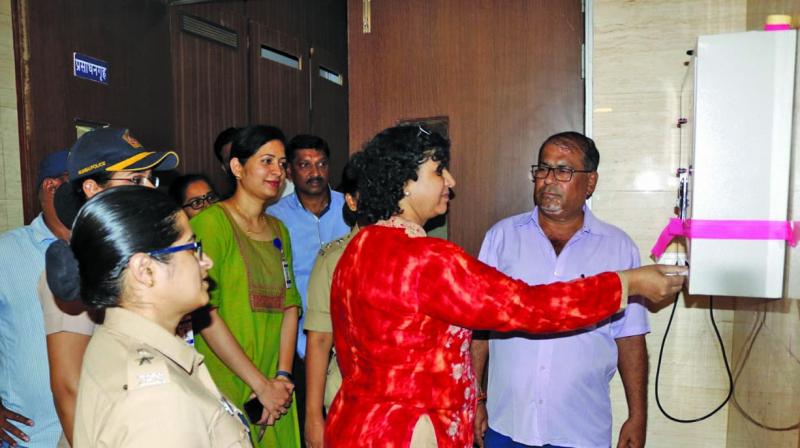 In a step towards providing a more hygienic work environment for women, a sanitary napkin vending machine was installed at the Mumbai Police headquarters on Monday.

Under the project Smart Maitrin, which is a brainchild of Commissioner of Police, Sanjay Barve, the plan is to set up 140 such sanitary napkin vending machines across police stations in the city.

Talking about the initiative, the Deputy Commissioner of Police (DCP) Manjunath Singe said, “We’ve identified around 140 locations, so it will go phase wise, and it’s just the beginning. It’s part of our welfare initiative and we have been working towards this for a month now.” Taking cognisance of health issues faced by women, DCP Singe further informs, “It’s a basic need of every woman working in our office.  Women constables make up 30 percent of the Mumbai Police Force, so to cater to them, this was initiated.” 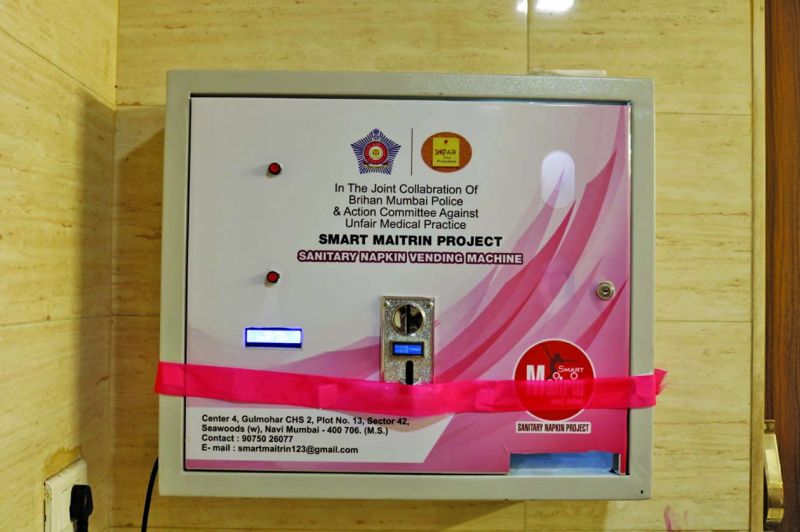 The step surely prioritises the menstrual health of women and is an example for other governments and private offices to follow.  Agreeing to this, DCP Niyati Thaker applauds the program, saying, “It has been needed for quite some time and I think it’s needed in every office where women are working. It’s a very good thing for there are a lot of female staff, officers and karamcharis (workers) who have to carry on their duties.”

Apart from vending machines, sanitary pad incinerators will also be installed to curb health risks that crop up due to improper disposal of sanitary pads. “There is an incineration machine also so that can deal with the problem of pollution,” informs DCP Niyati.

Additionally, the maintenance and refilling of sanitary napkins in the vending machine have been computerized to avoid shortages. “The availability of the pad will be maintained because it is connected through GPS to the server and we’ll have alerts to know when a certain number of pads have been dispensed. The alert raised will help refilling to happen on a timely basis,” she says.

Moreover, in recent years DCP Niyati herself has witnessed an upgrade in measures that meet the hygiene requirement of women in government offices. Until a few years ago, she had personally faced problems caused by the lack of washrooms, but now she asserts that the situation is changing for the good. “A lot of work has been done in the past three to four years. Our police stations never used to have toilets for women and women had to go to somebody’s place. It was a big problem for us. Now almost all police stations have got separate women’s washrooms and this vending machine will be an add on to the comfort, in fact, these are actually not comforts but basic necessities.” As a concluding thought, she shares that this project will further encourage more women to join the force.