Just gulping water may not meet your hydration needs

Studies indicate that drinking large volumes of water is not the way to go. 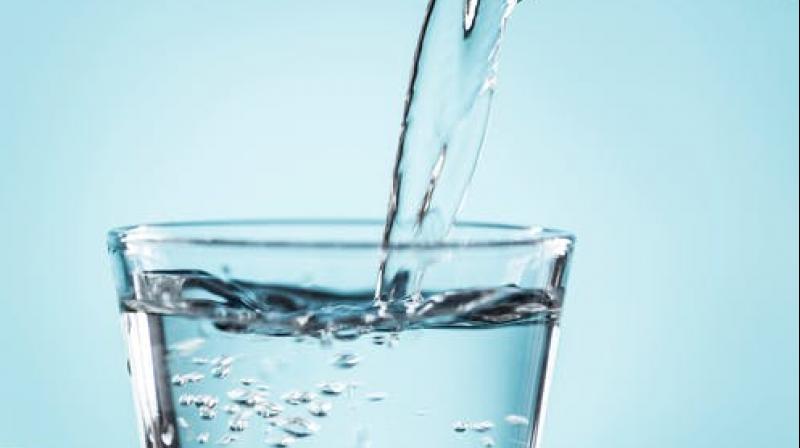 Drink a few sips at intervals throughout the day. (Photo: Representational/Pexels)

Dehydration is dreadful. It’s a common fact that we’ve known for a long time. It can lead to dizziness, fatigue, and the feeling of being tired all the time. Being slightly dehydrated can also affect a person’s mood or concentration power.

Following this, we make sure that our water intake meets our hydration level. Since water is cheap, most of us often resort to it to keep up the moisture in our bodies. However, new studies indicate otherwise. Gulping down endless glasses of water all throughout the day might not be the best way to go about it. According to The National Academy of Medicine adult women and men must drink at least 91 and 125 ounces of water a day, respectively. (Approx 2.6 ltr and 3.7 ltr respectively.)

David Nieman, a public health professor at Appalachian State University and director of the Human Performance Lab at the North Carolina Research Campus says, “If you’re drinking water and then, within two hours, your urine output is really high and [your urine] is clear, that means the water is not staying in well.”

He further explains that plain water can slip through the human digestive system without nutrients absorbed from food. This occurs especially when people have a lot of water on empty stomach. “There’s no virtue to that kind of consumption,” he says. And latest research evidently supports Nieman’s claim. Clear urine is a sign of “over-hydration,” according to the Cleveland Clinic.

The American Journal of Clinical Nutrition, in a research conducted in 2015 studied the temporary hydration effects of about a dozen different beverages—from plain water to milk, tea, beer, and even a special “rehydration solution.” The results based on urine analyses of volunteers indicated that most of these were more hydrating than plain water.

However, this doesn’t imply that you’ll replace water completely with milk or other fluids. It has its own hydrating properties. According to Time, while juices, tea, milk etc are hydrating, each beverage has its own “elements” that determine H2O retention levels in the body. Some of these include nutrient content, presence of diuretic agents, and intake of fats and amino acids.

A common perception is that water helps in expelling toxins out of the body. However, it’s a half-truth, because while urine does eliminate waste out of the body, having water on empty stomach doesn’t aid in cleansing. “People who are drinking bottles and bottles of water in between meals and with no food, they’re probably just peeing most of that out,” Nieman says.

Excessive water intake has potential health hazards, in some cases. “In athletes or people who are exercising for hours, if they’re only drinking water, they can throw out too much sodium in their urine, which leads to an imbalance in the body’s sodium levels,” he explains.

This imbalance is called “hyponatremia”, which can be fatal sometimes. Sports drinks or other beverages containing sodium are a better source of hydration in such cases.

While it’s not much of a concern for non-athletes, the ideal way to have water is take sips at intervals instead of guzzling down a lot of it at one go. This prevents overloading the kidneys and is a more effective way for hydrating your body.

None of this urges you to have less water, but to ensure that you also go for other alternatives to achieve optimum hydration. Take frequent sips throughout the day, and balance it with your food intake.