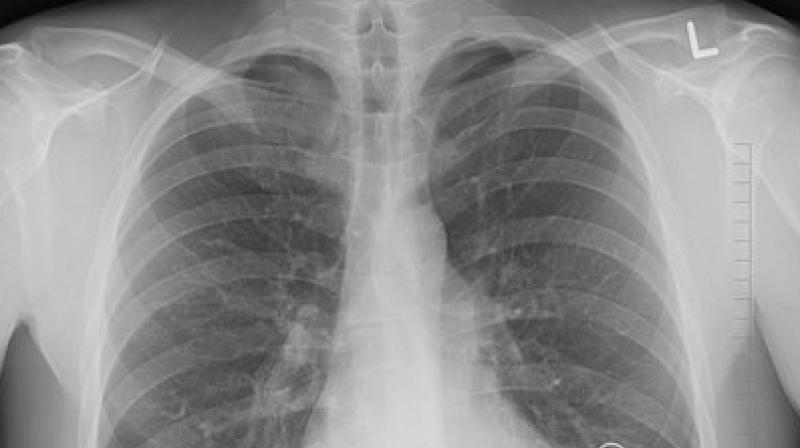 Patients with a history of TB have higher probability of having damaged lungs. (Photo: Representational/Pixabay)

A deadly disease, tuberculosis refers to a condition characterised typically by severe cough. While it can be treated by administering the right medication, survivors are at a higher chance of acquiring lung problems.

People who have been infected by tuberculosis at some point in their lives are prone to serious lung damage. This comes after a research was recently conducted on more than 2,000 Indian patients. While lung diseases in general are caused by many factors, post-TB lung damage often goes unnoticed, particularly because of deteriorating lifestyle.

The study, as published in the Lancet Global Health, indicates that more than one-third of patients developed permanent lung damage after being successfully treated with antibiotics for TB. But the effects don’t stop here. In the worst-case scenarios, patients might develop bronchiectasis, a long-term condition that widens the airways in the lungs.

The World Health Organisation’s Global TB Report 2018 has revealed some astonishing facts. Around 2.8 million people in India have contracted TB and this number counts for a almost one quarter of all TB cases worldwide.

The lead author of the study, James Chalmers, a professor from the University of Dundee said, “This study calls urgent attention to the problem of post-TB lung damage worldwide. TB is a curable condition with antibiotics and great steps forward have been made towards eliminating the disease.”

“But this study is a wakeup call because even if we manage to eliminate all TB worldwide tomorrow, we are going to be left with a legacy of chronic lung damage and bronchiectasis which will require better recognition and better treatment,” he further added.

The research team conducted the study on 2,195 patients from 14 states, with cases of established bronchiectasis. Apart from TB, patients who had been infected by pneumonia also formed a considerable majority among people with “destroyed” lungs.

The researchers discovered that these infections left a hint of daily cough, and chest infections along with a poor quality of life. Patients required further hospitalisations for treatment of their lung conditions in nearly 40 per cent of cases. Patients with post-TB lung damage had lost approximately 40 per cent of their lung capacity, leaving many patients with persistent breathlessness.

The treatment recommended for these patients such as inhalers, physiotherapy and antibiotic treatment for infections were rarely provided. Physiotherapy exercises and antibiotics are inexpensive treatments which are proven to improve quality of life and reduce lung infections, but were available to less than 50 per cent of Indian patients.

While the Indian government has resolved to eradicate TB by 2025, the study gives a warning flag about serious aftermaths arising from a high number of TB cases.