The stone weighing 770 grams may be massive but the largest ever measuring 7 inches by 5 inches by 3.7 inches was found in Brazil. 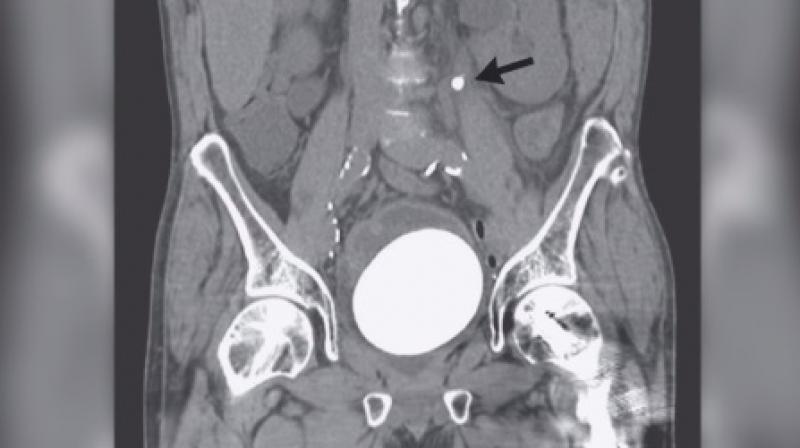 The man complained of pain and difficulty urinating (Photo: YouTube)

Bladder stones are capable of making life difficult for an individual causing difficulty in urinating and also being a source of excruciating pain. But while these stones are usually small enough to pass through naturally, some rare cases can’t be taken lightly.

Doctors in California made a shocking discovery when a 64-year-old man was moved to the hospital citing pain on the side and difficulty while going to the toilet. The CT scan revealed a bladder stone which was the size of an ostrich egg weighing close to 770 grams.

Doctors stated that the man had an invasive bladder cancer over a decade back. He was also given laser treatment to break down another smaller stone in addition to the surgery for removing the big stone.