Cancer involves abnormal growth of cells that have the potential to spread in different parts of the body and kill all the healthy cells. 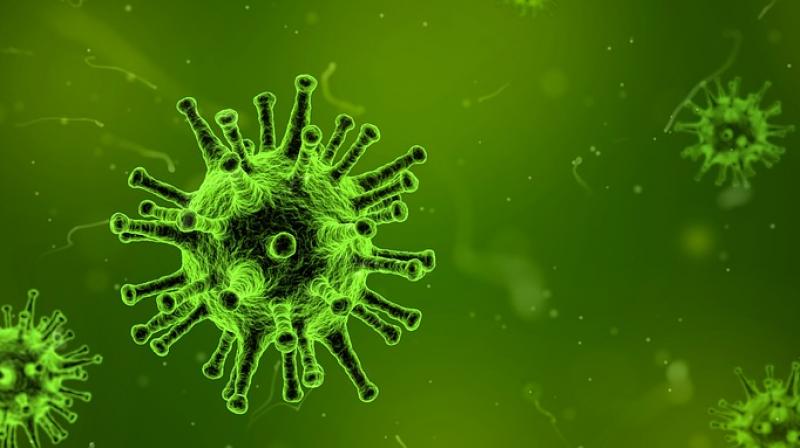 Cancer involves abnormal growth of cells that have the potential to spread in different parts of the body and kill all the healthy cells.(Photo: Pixabay)

Cancer is considered to be one of the most deadly diseases all over the world.

According to World Health Organisation, it is the second leading cause of death globally, and was responsible for 8.8 million deaths in 2015. Worldwide, nearly 1 in 6 deaths is due to cancer.

Late-stage presentation and inaccessible diagnosis and treatment are pretty common. This disease involves abnormal growth of cells that have the potential to spread in different parts of the body and kill all the healthy cells.

But now a group of researchers have found a compound that directly makes cancer cells commit suicide while sparing healthy cells.

The new treatment was directed against acute myeloid leukemia (AML) cells but may also have potential for attacking other types of cancers.

While talking about the research, Evripidis Gavathiotis, Ph.D., associate professor of biochemistry and of medicine and senior author of the study, said, "We're hopeful that the targeted compounds we're developing will prove more effective than current anti-cancer therapies by directly causing cancer cells to self-destruct. Ideally, our compounds would be combined with other treatments to kill cancer cells faster and more efficiently -- and with fewer adverse effects, which are an all-too-common problem with standard chemotherapies."

This compound can be very useful for a country like India, which is seeing a growth in cancer cases.

Every year nearly 25,000 children are diagnosed with cancer in India and around 9000 of these have leukemia.

According to Indian Council of Medical Research (ICMR), Cancer cases in India are expected to jump from around 14 lakh in 2016 to over 17.3 lakh by 2020.

While deaths due to cancer are projected to go up from 7.36 lakh to over 8.8 lakh in the next four years.

Talking about the research this compound combats cancer by triggering apoptosis, an important process that rids the body of unwanted or malfunctioning cells. Apoptosis trims excess tissue during embryonic development, for example, and some chemotherapy drugs indirectly induce apoptosis by damaging DNA in cancer cells.

Apoptosis occurs when BAX -- the "executioner protein" in cells -- is activated by "pro-apoptotic" proteins in the cell. Once activated, BAX molecules home in on and punch lethal holes in mitochondria, the parts of cells that produce energy. But all too often, cancer cells manage to prevent BAX from killing them.

The researchers tested BTSA1 in blood samples from patients with high-risk AML. Strikingly, BTSA1 induced apoptosis in the patients' AML cells but did not affect patients' healthy blood-forming stem cells.

Finally, the researchers generated animal models of AML by grafting human AML cells into mice. BTSA1 was given to half the AML mice while the other half served as controls.

On average, the BTSA1-treated mice survived significantly longer (55 days) than the control mice (40 days), with 43 percent of BTSA1-treated AML mice alive after 60 days and showing no signs of AML.

Importantly, the mice treated with BTSA1 showed no evidence of toxicity.

The study was published in journal Nature.