Crop will produce amino acid contained in meat, in the process boosting the nutritional value of one of the world's most important crops. 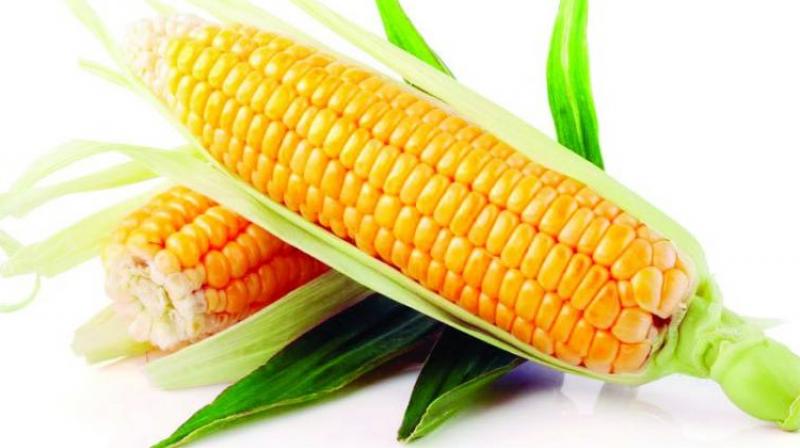 Miami: US scientists have found a way to genetically engineer corn to produce an amino acid contained in meat, boosting the nutritional value of one of the world's most important crops.

The process involved inserting a bacterial gene that causes corn to make methionine, a crucial nutrient for the health of skin, nail and hair.

Researchers said the discovery could benefit millions of people in the developing world who depend on corn as a staple, and could reduce animal feed costs, according to the report in the Proceedings of the National Academy of Sciences, a peer-reviewed US journal.

"We improved the nutritional value of corn, the largest commodity crop grown on Earth," said co-author Thomas Leustek, professor in the Department of Plant Biology at Rutgers University.

"Most corn is used for animal feed, but it lacks methionine -- a key amino acid -- and we found an effective way to add it."

The sulfur in methionine "protects cells from pollutants, slows cell aging and is essential for absorbing selenium and zinc," the PNAS report said.

Co-author Joachim Messing, a professor who directs the Waksman Institute of Microbiology, said this is a "costly, energy-consuming process."

The E. coli enzyme caused methionine production in the plant's leaves, and methionine in corn kernels increased by 57 percent, the study said.

The process did not affect plant growth.

Scientists fed the genetically engineered corn to chickens at Rutgers University and found it was nutritious for them, Messing said.

Leustek told AFP that "in principle, the technology could be quickly deployed, within a couple of years."

"The transgene that we developed can easily be inserted into commercial corn varieties," he said in an email.

"The major obstacle would be regulatory hurdles because it is a transgenic technology."

Food and animal feeds containing genetically modified organisms are highly controversial in the European Union, amid public suspicions that they carry a health risk.

A sweeping review in 2016 of the available scientific literature by the US National Academies of Science found no evidence that genetically modified crops are unsafe to eat.

Leustek said researchers also found that it might be possible to grow corn that contains this amino acid without using genetic engineering.

"For example, by feeding plants with different sources of sulfur nutrients as fertilizer," he said.

"Of course, this will require additional work and the outcome is not guaranteed. But our results strongly suggest that changes in use of fertilizers could also achieve the desired result."