World Mental Health Day: Here are some facts you should know

Did you know that healthy living reduces depression? Or that children can suffer from mental health issues too? Read on to find out. 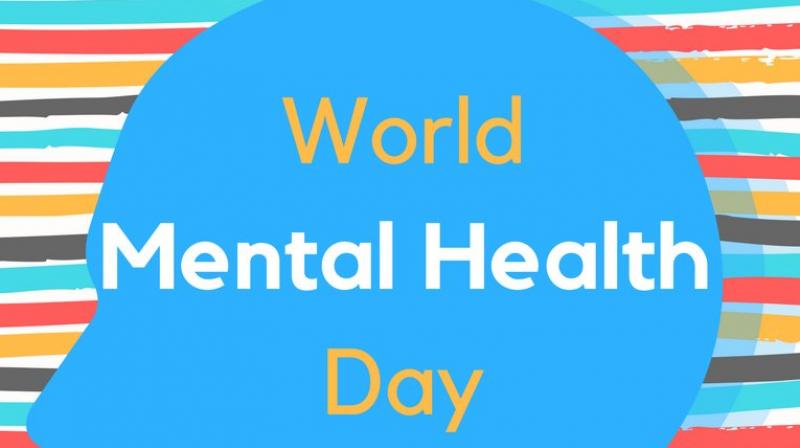 Around 20% of the world's children and adolescents have mental disorders or problems. (Photo: Twitter/WHO)

Mental illnesses can affect people of any age, race, religion, or income. Being mentally ill is very different from being intellectually disabled.

While mental illness (depression, anxiety) is a medical condition that disrupts a person’s thinking, feeling, mood, and ability to relate to others and daily functioning,  those struggling with intellectual disability experience restrictions in their intellect and while performing certain skills (dyslexia, ADHD).

Here are some facts about mental health:

While one may think that children don't have a care in the world, and wouldn't suffer from mental illness, the shocking fact is that around 20% of the world's children and adolescents have mental disorders or problems.

According to statistics published by World Health Organisation (WHO) 50% of mental disorders begin before the age of 14. And although children suffer from mental health issues worldwide, the countries with the highest percentage of population under the age of 19 have the worst mental health resources.

Most most under developed or developing countries have only one child psychiatrist for every 1 to 4 million people.

Remember that tub of ice cream you ate after your breakup? Or the burger because you were having a bad day?

While we may indulge ourselves with fatty foods on our down days, a study has found that consumers of fast foods were more likely to develop depression compared to healthy eater.

The study from the journal Public Health Nutrition shows that eating foods like cupcakes, doughnuts, burgers and pizzas (among others) is linked to depression. Those who ate unhealthy foods were found to be 51 percent more likely to develop depression than those who ate little to no unhealthy food.

Looks like emotional eating was just making you even sadder.

Mental illness is a major risk factor for other diseases, as well as unintentional and intentional injury. WHO found that people with mental illnesses had a higher risk of suffering from HIV, cardiovascular diseases, diabetes, and vice-versa.

The role of genetics

While our parents may have done a lot for us, other than giving us their looks, they also gave us stress.

A study published in the Archives of General Psychiatry discovered that participants with lesser stress-related genes developed more negative feelings during stressful situations.

So depending on whether our parents ever had mental health issues, we can assess if we will be at risk of getting depression, anxiety or other such issues.

Depression is the leading cause of disability worldwide. Globally, more than 300 million people of all ages suffer from depression. With women suffering from it more often than men.

Suicide is the second leading cause of death among 15 to 29-year-olds. Over 800,000 people die due to suicide every year.

Mental disorders are one of the major contributors to suicides around the world. 75% of suicides occur in under-developed or developing countries.

Early identification and effective management are important to ensure people get the care they need.

Stigma and discrimination against mental health

There is widespread misunderstanding and discrimination when it comes to mental health. People are not aware of what mental illness is, and anyone suffering from such disorders is assumed to be crazy.

The stigma that surrounds this prevents people from seeking treatment and care.

Despite the fact that such illnesses are treatable people are under the assumption that people with mental disorders are unintelligent, difficult to handle, incapable of making decisions and will never become better.

This sort of stigma leads to possible abuse and isolation. It must be understood that mental illnesses are treatable and people must be healed in a positive environment rather than places that resemble human warehouses.

People with mental illnesses face human rights violations in the form of isolation, denial of basic necessities and privacy. Sometimes they are physically restrained too.

However there are very few countries that have laws which protect the rights of people with mental disorders.

Between 70-90% of people with mental illnesses experience a significant reduction of symptoms and an improved quality of life, with proper care and treatment.

Being healthy not only improves body, but brain health too. Studies show that half an hour of exercise daily could reduce stress.

A study by General Hospital Psychiatry followed 203 obese women aged 40 to 65 for over a year. The results of the study showed that participants became less depressed as they lost weight.

The best part was, as they became less depressed, they thrived to be healthier.

#WorldMentalHealthDay: Here are 6 ways you and your work mates can promote #mentalhealth at work https://t.co/mtPU4YO2b8
📽️: @WHOWPRO pic.twitter.com/OHsni9cCbD

Anxiety can have serious effects on heart health. A study found that people suffering from anxiety or panic disorder were more prone to suffering from strokes.

The three-year follow-up study, published in the Canadian Journal of Psychiatry, found that people with anxiety were more likely to suffer from cardiovascular diseases.

Sweating, palpitations and shortness of breath are some of the symptoms of panic disorder.