Irregular bedtime can lead to childhood obesity in children

Consistent bedtime can help them regulate their emotions better 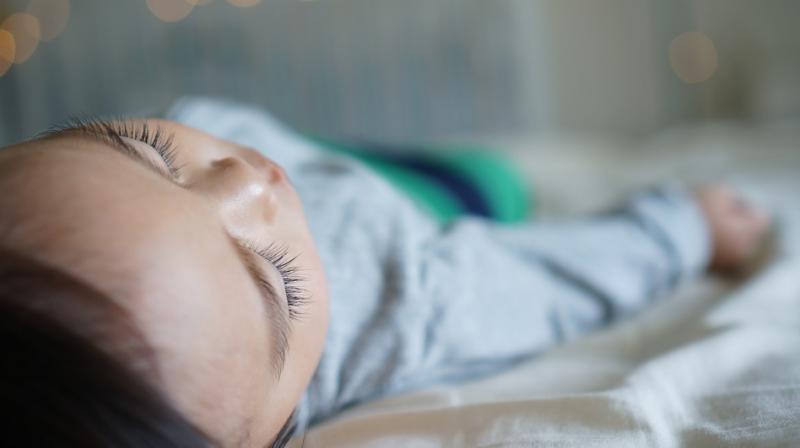 The inconsistent sleep time of a child affects the overall wellbeing in the growing years of the child. (Photo: Pixabay)

Little kids who have a consistent bedtime routine and limited screen time may get better at regulating their emotions, a recent study suggests.

That could be one reason they have a lower risk of childhood obesity than peers with erratic schedules who watch lots of television, the authors say.While excessive screen time and insufficient sleep have long been linked to obesity in adults, the current study offers fresh insight into why these connections may hold true even in early childhood, researchers note in the International Journal of Obesity.

Kids who had better emotional regulation at age 3 were less likely to be obese by age 11 than children who weren't as good at controlling their feelings and impulses, the study found."We found that 3-year-old children who had household routines around bedtimes, mealtimes and screen time were more likely to also have better emotion regulation," said lead study author Sarah Anderson, a public health researcher at Ohio State University in Columbus.

"Both lack of a regular bedtime and poor emotion regulation increased risk for later obesity," Anderson said by email. "These two factors were independent of each other; the link between bedtimes and obesity could not be explained away by a child's inability to regulate their emotions," she noted.

For the study, researchers analyzed data on 10,955 kids born in the UK from 2000 to 2002, including parents' descriptions of household routines and children's behavior at age 3 as well as measurements of kids' height and weight at age 11.By age 11, about 6 percent of the kids were obese.

When they were 3 years old, 41 percent of children always had a regular bedtime, 47 percent always had a regular mealtime and 23 percent were limited to no more than an hour of television or video-watching time daily. All of these things were linked to better emotional regulation, the study found.

The preschoolers had average emotional regulation scores of 2 out of a possible 5 points. And each one-point decline in emotional regulation at age 3 was associated with 38 percent higher odds of obesity by age 11.At the same time, inconsistent bedtimes at age 3 were independently associated with 87 percent greater likelihood of obesity by age 11.

Fewer than one in 10 kids had inconsistent mealtimes, and children who always had a consistent meal routine were more likely than other kids to also always have regular bedtimes.Researchers expected to find irregular mealtimes associated with obesity as well, but they found the opposite. Children who rarely if ever had regular mealtimes at age 3 were less likely to be obese by age 11.

The study isn't a controlled experiment designed to prove how routines or emotional regulation directly influence the risk of obesity in kids. The focus on children born over just a few years in the UK also means the findings might not represent what would happen for kids born at different times in other places, the authors note.Still, the results highlight the health benefits of regular bedtimes, said Dr. Sujay Kansagra, a pediatric sleep researcher at Duke University School of Medicine in Durham, North Carolina.

"Of course, it's also very likely that the same parents that are able to implement schedules and routines have better self-regulation themselves," Kansagra, who wasn't involved in the study, said by email. "Therefore, their children may also benefit, either by modeling their behavior or due to a genetic predisposition."