Researchers infected human placental cells with Zika virus. They found that exposure to the virus activated genes related to autophagy. 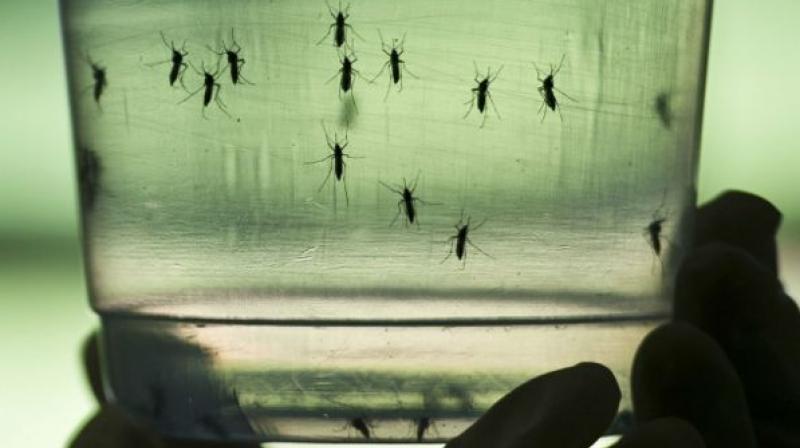 This drug already is used in pregnant women to treat malaria (Photo: AFP)

Washington: A drug used to treat malaria and certain autoimmune diseases in pregnant women may reduce transmission of Zika virus from mothers to their foetuses, scientists, including one of Indian origin, have found.

The malaria drug hydroxychloroquine works by inhibiting autophagy, a process by which cells remove toxins and recycle damaged components to generate energy.

Researchers infected human placental cells with Zika virus. They found that exposure to the virus activated genes related to autophagy.

In other words, the virus multiplied and spread more effectively when the researchers dialled up the barrier response, and performed more sluggishly when they dialled it down.

The team then verified the findings using mice whose autophagy response was hobbled by low levels of a key autophagy protein.

They infected two groups of pregnant mice with Zika: one in which the autophagy process was disrupted and the other in which it worked normally.

Researchers found that five days after infection, the mothers with a weak autophagy response had about the same amount of virus in their bloodstreams as the mice with a normal response.

However, in mice with a weak autophagy response, the researchers found 10 times fewer viruses in the placenta and the heads of the foetuses and less damage to the placentas, researchers said.

"We found that the malaria drug hydroxychloroquine effectively blocks viral transmission to the foetus," said Indira Mysorekar, an associate professor at Washington University in the US.

"This drug already is used in pregnant women to treat malaria, and we suggest that it warrants evaluation in primates and women to diminish the risks of Zika infection and disease in developing foetuses," she added.

The study was published in The Journal of Experimental Medicine.