It’s good to see that shading has become the main form of sun protection as it’s free, inexpensive and feels better than being outside. 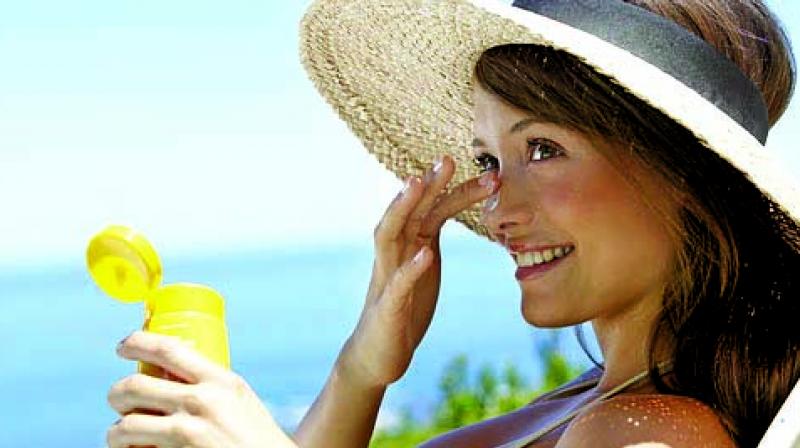 Those who only used sunscreen had a higher likelihood of burning than those who also wore a hat, protective clothing and sat in the shade. (Photo: File)

People with pale skin who are sensitive to the sun should use several sun-protective behaviours to avoid sunburn, according to a new study.

Those who only used sunscreen had a higher likelihood of burning versus those who also wore a hat, wore protective clothing, and sat in the shade.

Skin cancer affects millions of Americans and is estimated to cost more than $8 billion per year for melanoma and non-melanoma skin cancer. About 1 in 5 people are diagnosed with some form of skin cancer in their lifetime, and 100,000 Americans will be diagnosed with malignant melanoma, the most dangerous kind, in 2018.

“Most of these cases are caused by excess exposure to ultraviolet radiation and could be avoided through adequate sun-protective behaviours,” Morris told Reuters Health by email.

Morris and colleague Frank Perna analyzed data from more than 28,000 responses to the 2015 National Health Interview Survey. The survey asks participants what would happen to their skin if they were out in the sun for an hour after several months of not being exposed. Those who said “get a severe burn with blisters,” “have a moderate sunburn with peeling,” or “burn mildly with some or no tanning” were considered sun-sensitive. Those who said “turn darker without sunburn” or “nothing would happen” were considered non-sun-sensitive.

The survey respondents also indicated how many times they had a sunburn in the past year and how often they used sun protection on a warm, sunny day. The choices included sunscreen, shade, a cap or visor, a wide-brimmed hat, long sleeves, and long pants.

Most people - 77 percent - used at least one form of sun protection. Shade seeking was the most common, used by 40 percent of people. Wearing long sleeves was least common, at 16 percent.

Among the nearly 16,000 sun-sensitive respondents, those who only used sunscreen had the highest rate of sunburn, at 62 percent. Sun-sensitive people with the lowest likelihood of sunburn didn’t use sunscreen but found shade, wore a hat and wore protective clothing.

Among the 12,000 non-sun-sensitive respondents, those who used four protective behaviours had the lowest likelihood of sunburn, at 7 percent.

“The most surprising and counterintuitive finding was that regular sunscreen use, in the absence of other protective behaviours, was associated with the highest likelihood of sunburn,” Morris said.

When used properly, sunscreen blocks UV rays, she added. However, in a real-world setting, people may not apply enough sunscreen or as often as needed to prevent sunburn. They may also overestimate how long they can safely stay in the sun.

“This study underscores recommendations that sunscreen should not be used in isolation,” Morris said.

“Clearly, we need to go back to square one to educate Americans about using enough sunscreen so all parts of the body exposed to the sun are covered and reapplied frequently enough,” said Alan Geller of the Harvard T.H. Chan School of Public Health in Boston. Geller, who wasn’t involved with this study, researches melanoma mortality for older adults and people in lower socioeconomic statuses.

“It’s good to see that shading has become the main form of sun protection as it’s free, inexpensive and feels better than being outside in the broiling sun,” he told Reuters Health by email. “We need to create more shade structures at schools and parks, where we can have more control over the physical environment than we would at places like beaches and lakes.”

“One cannot change their skin type or their family history, but we can work vigilantly for ourselves and our kids to prevent sunburns, which have a negative effect on our DNA,” Geller said.