The risk of dying is highest in the year immediately after the fracture. 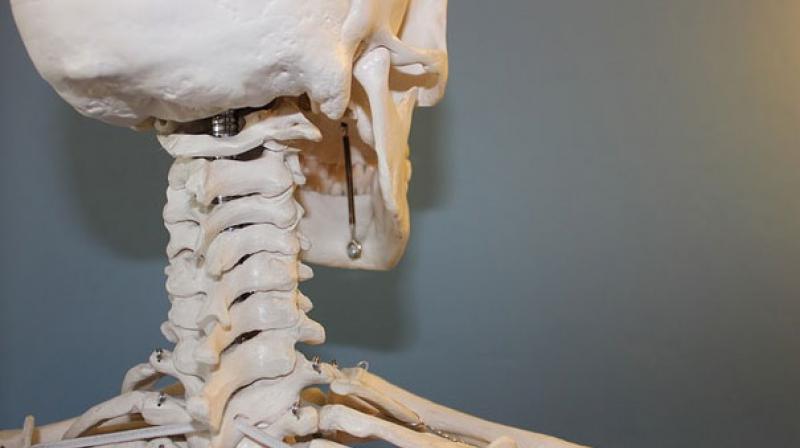 The research highlights the important contribution of a wide variety of fragility fractures other than hip to excess mortality. (Photo:Pixabay)

The increased risk of dying after older adults break a bone is real, long-lasting and it’s not limited to hip fractures, researchers say.

Past studies have established a heightened risk of death after elderly people break a hip or vertebra, and that it is at least partly driven by the short-term risk of developing pneumonia or other complications while immobilized during recovery.

But a large new analysis of mortality among people aged 50 and older in Denmark finds an increase in mortality risk of up to 25 percent with other types of fractures as well. Even with hip fractures, the “excess” risk of death remains slightly elevated for at least 10 years, the study team reports in the Journal of Clinical Endocrinology & Metabolism.

“Although there are many studies looking at what happens after hip fracture, there have never previously been large enough data sets to look at other specific fracture types to identify for how long the increased risk of dying lasts,” senior study author Jacqueline Center told Reuters Health in an email.

“For older people who break a bone, the risk of death goes up - and that risk can stay high for years. This is true for most fracture sites, including the upper arm, spine, rib, pelvis, and hip,” said Center, of the Garvan Institute of Medical Research and the University of New South Wales in Sydney, Australia.

Importantly, the risk of dying is highest in the year immediately after the fracture, she noted.

“We studied a remarkable health resource - the Danish national register, which has monitored the diagnoses and health care use of the entire population of Denmark over many decades,” Center said.

Using such an extensive and robust dataset allowed the study team to learn about individual fracture sites, the risks they carry, and the length of time that risk persists, she added.

“We knew before that hip fractures led to a heightened risk of death, but we didn’t know if the same was true for broken bones elsewhere, and we had no clear understanding of how long the heightened risk persisted, for any fracture,” she said.

Using the register, the researchers identified more than 21,000 women and nearly 9,500 men aged 50 and older who experienced bone fractures in 2001. The study team followed their fates through medical records for the next 10 years, and also compared them to similar adults without bone fractures.

Overall, 10,668 women and 4,745 men died during the follow-up period. After adjusting for the average mortality rates from other causes among people without bone fractures, the researchers calculated the excess mortality risk linked to having had a fracture.

After fractures of the upper arm bone, clavicle or rib, risk of death rose by 5 percent to 10 percent, and by 3 percent for a lower-leg break.

With an upper- or lower-leg break, a small but statistically meaningful risk persisted for five years, the researchers found. And with a hip fracture, the increased risk lasted for 10 years.

The research highlights the important contribution of a wide variety of fragility fractures other than hip to excess mortality, Center said.

“While hip fractures are regarded as significant and recognized as causing increased mortality, non-hip fractures are often seen as not being very important. This study highlights the need for early intervention following any low-trauma fracture to minimize the wide treatment gap that is present internationally,” she said.

Center said it’s not yet clear what is behind the increased risk of dying and there are likely mechanisms that are not yet clarified. In a previous study, for example, she and her colleagues found the addition of other health conditions like heart disease or diabetes further increased the risk of dying after a fracture event.

“So there may be an interaction between the fracture event and other illnesses but that has not yet been proven. This is a very difficult question to answer and we are in the process of trying to understand this question,” Center said.