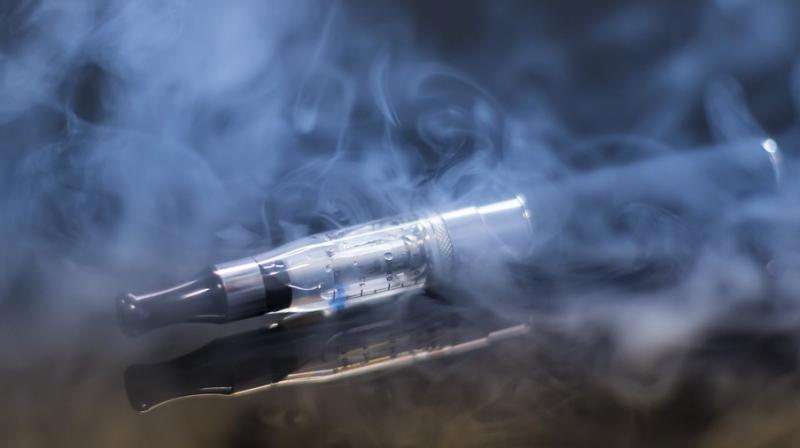 London: Smoking e-cigarettes with nicotine may cause arteries to stiffen and increase the risk of heart attacks and strokes later in life, a study warns.

Researchers, including those from Karolinska Institute in Sweden, found that there was a significant increase in heart rate and blood pressure in the volunteers who were exposed to e-cigarettes containing nicotine. Arterial stiffness increased around three-fold in those who were exposed to nicotine containing e-cigarettes compared to the nicotine-free group, researchers said.

Researchers recruited 15 young, healthy volunteers to take part in the study in 2016. The volunteers were seldom smokers (smoking a maximum of ten cigarettes a month), and they had not used e-cigarettes before the study.

The average age of the volunteers was 26 years. They were randomised to use e-cigarettes with nicotine for 30 minutes on one of the study days and e-cigarettes without nicotine on the other day. The researchers measured blood pressure, heart rate and arterial stiffness immediately after smoking the e-cigarettes and then two and four hours later.