Many troubled by their sexual feelings, urges

Women and men reported they were distressed due to difficulty controlling sexual urges, feelings and behaviours. 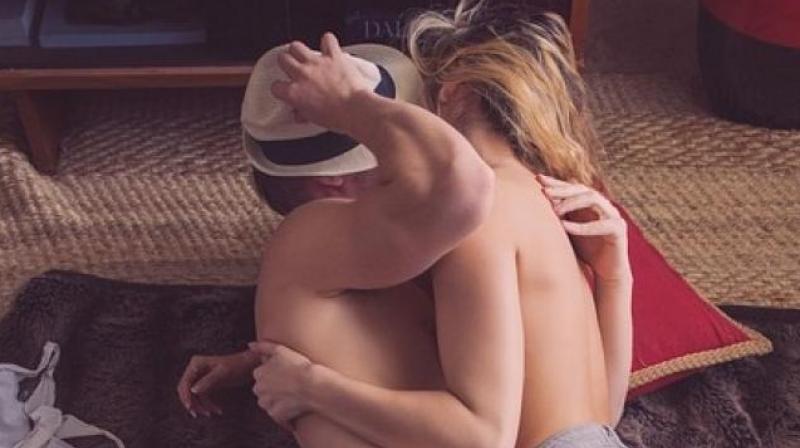 The number of people in the U.S. who have difficulty controlling sexual feelings and urges may be greater than realized, researchers say.

Seven percent of women and more than 10 percent of men said they were distressed due to difficulty controlling sexual urges, feelings and behaviours, according to study results published in JAMA Network Open.

“It’s a lot more people than we expected to be having difficulty controlling sexual urges and behaviors and who are feeling distressed and impaired,” said the study’s lead author, Janna Dickenson, of the University of Minnesota Medical School in Minneapolis.

“The differences between the sexes are a lot less than we would have expected, raising concerns that the difficulty in controlling sexual behavior affects more than just men,” she added.

Study volunteers were told to answer by rating each question using a 5-point scale ranging from 1 (never) to 5 (very frequently). Other research has shown that a score of 35 or more indicates that the person is likely to have “compulsive sexual behavior disorder,” a newly designated diagnosis listed in the International Classification of Diseases, Dickenson said. The diagnosis is not one that is recognized in the reference used by U.S. psychiatrists and psychologists, the Diagnostic and Statistical Manual of Mental Disorders (DSM-5).

Overall, 10.3 percent of men and 7.0 percent of women scored 35 or more. That number is higher than previous research has found, Dickenson said.

Dr. Robert Hudak isn’t sure exactly what the new study is telling us. “They kind of mix things up, for example, using ‘impulsive’ and ‘compulsive’ interchangeably,” said Hudak, an associate professor of psychiatry at the University of Pittsburgh School of Medicine in Pennsylvania and medical director of the Obsessive Compulsive Disorders Outpatient Program at the at Western Psychiatric Hospital at the University of Pittsburgh Medical Center who wasn’t involved in the study.

Still, Hudak allowed, “they do find a high rate of people with some sort of distress with their sexuality. But is it impulsive, compulsive, addictive? Is it something else? You can’t tell from what they did.”

“What you can take from this research is that there are a pretty decent percentage of people who are complaining about some sort of negative feelings about their sexuality,” Hudak said. “And those negative feelings are leading to some distress.”

But that wouldn’t earn them any kind of diagnosis in the U.S., Hudak noted.

Based on his experiences as a therapist, Thomas Plante wasn’t surprised by the large numbers of people distressed by their sexuality.

“There are a lot of people in my patient population - regular folks - who really struggle with their sexual impulses,” said Plante, a professor of psychology at Santa Clara University in California and an adjunct clinical professor of psychiatry at the Stanford University School of Medicine who also wasn’t involved in the new research. “There are folks who are engaging with sex workers when they travel. Others struggle with pornography or the temptation to step away from marital fidelity. Many take risks even when it can impact their lives.”

Plante suspects that more and more people are having trouble these days because so much temptation is at their fingertips. Just a few taps on the smart phone and pornography pops up, or an assignation that might later lead to guilt, can be arranged, he said.

“I’ve had a lot of patients like that,” Plante said. “They start out just poking around on the internet. Then they’re doing it more and more. And then it becomes a problem for them. Their spouse gets all upset, or someone walks in on them. Then they come looking for help.”