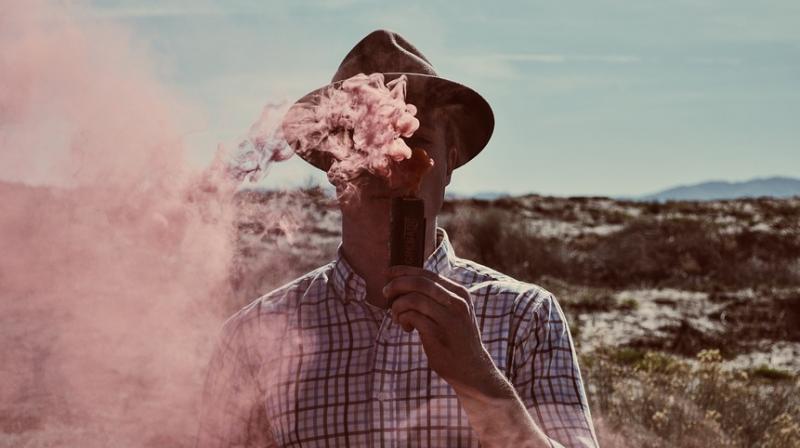 Washington: New research suggests that young adults who have used electronic cigarettes are four times more likely than others to start smoking tobacco cigarettes within 18 months.

The findings demonstrate that e-cigarettes are serving as a gateway to traditional smoking, contrary to their purported value as a smoking cessation tool.

The study is the first nationally representative survey that followed for more than a year people 18 to 30 years old who were initially nonsmokers.

"Early evidence on the potential value of e-cigarettes for cessation or reduction of cigarette smoking has been mixed," said lead author Brian A. Primack, M.D. "Our study finds that in nonsmokers, e-cigarettes make people more likely to start smoking. This supports policy and educational interventions designed to decrease the use of e-cigarettes among nonsmokers."

The team analyzed a survey of U.S. adults who were randomly selected in March 2013 to complete a questionnaire about their tobacco use. Eighteen months later, in October 2014, 915 participants who said they had never smoked cigarettes completed a follow-up survey. The team then applied "weights" to the survey results by over- and under-emphasizing the answers of the survey participants in order to arrive at findings that would be more representative of the true make-up of the U.S. population.

For example, only 14.2 percent of those surveyed were Hispanic, so the team over-emphasized their answers so that the weighted sample and final results were 19.7 percent Hispanic.

The final, weighted survey results showed that 11.2 percent of participants - none of whom had ever smoked when they completed the initial questionnaire - had started smoking tobacco cigarettes. Of participants who said they vaped e-cigarettes in the first questionnaire, 47.7 percent had started smoking cigarettes 18 months later, compared to 10.2 percent of those who did not use e-cigarettes.

Without the survey weights to make the sample representative of the U.S. population, 37.5 percent of e-cigarette users had started smoking cigarettes 18 months later, compared to 9 percent of those who didn't use e-cigarettes.

More research will be needed to determine why e-cigarettes increase the risk of someone transitioning to tobacco cigarettes, but Primack noted that several factors are likely at play, including that using e-cigarettes mimics the behavior of smoking traditional cigarettes, the sweet vape is a gentle introduction to smoking harsher tobacco and the build-up of nicotine addiction could lead e-cigarette users to seek out more nicotine-packed tobacco cigarettes.

"Young adulthood is an important time when people establish whether they use tobacco or not," said Primack, also a professor of medicine, pediatrics, and clinical and translational science at Pitt's School of Medicine. "Our findings suggest that clinicians who treat e-cigarette users should counsel them both about their potential for harm and about the high risk of transitioning to tobacco cigarettes among initial nonsmokers."

The findings have been published in the journal American Journal of Medicine.