Anti-tobacco ads in film and TV 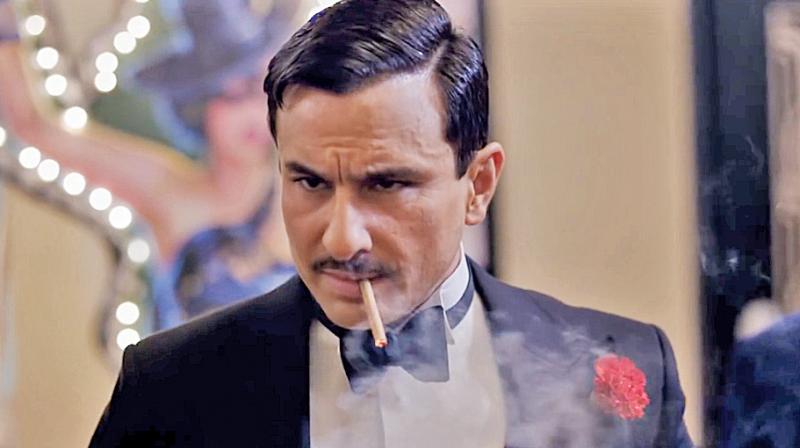 Still from Rangoon. Picture for representational purpose only.

In a recent survey report, the Ministry of Health and Family Welfare, Government of India, revealed that anti-smoking or anti-tobacco messages on films — when properly implemented — are effective in countering imagery of tobacco with warnings about the product’s harms. In fact, it even prompts decisions to quit.

However, the report also suggested that there is an urgent need for better implementation and enforcement of the rule across all media. We speak to filmmakers, sociologists and health experts, if they think such messages on films and TV can actually discourage the viewers from using tobacco.

‘Those ads, they are so scary, they repel me’
Priya Bapat, Actress
I really don’t think that disclaimers like these prompt someone to quit smoking altogether. I feel these disclaimers are one effort that everyone is making to keep that awareness and caution going. In fact, the cover of cigarette packs have cautions, and smokers who buy cigarettes are completely aware of this, but it doesn’t put them off and they still smoke. Because films and every entertainment source creates some impact on the audience, it becomes their social responsibility to not promote or provoke people to go and do it.

I don’t smoke, but when I see those ads, they are so scary and so gory it repels me. And that is exactly what they do. They probably don’t make much of a difference to smokers, but to non-smokers, they definitely keep them from smoking.

‘They may not even read the warning written’
Gayathri Asokan, Consultant Nutritionist
I don’t think people completely quit such habits just by seeing the statutory warnings in films and on television. They may not even read the warning written on the screen, when their favourite actor is appearing. It can be impactful if the person who smokes or drinks is made to watch an awareness movie that talks about its negative effects. An actor describing the harmful side of tobacco usage can also influence people to some extent; but, not entirely. These may trigger them to think about the situation. However, the ultimate decision should come from the person’s mind.

‘The videos are helpful’
Dr Prasanna Kumar Reddy, Pulmonologist
The videos shown before the movie are helpful, as the visuals include patients who are in the advanced stage of a tobacco-related disease, and are therefor  a bit disturbing. They should continue showing that. However, we can still see people smoking on the road and other public places freely. The authorities should take strict measures against such people, as it’s not just the active smoker that the tobacco affects; it affects the passive smoker more.

‘Irritating to put a watermark’
Vignesh Sivan, Director
I have made sure that there are no such smoking scenes in my films. However, I would say the warning signs are not completely useless, because if a guy comes back after a smoke during an interval, and sees this warning ad or signs, it might bother him. If he cuts down even one cigarette because of that, it is a win. And, of course, it is bit irritating to put a watermark on a frame, for which a filmmaker would have toiled a lot. But, I think, people’s well-being and health trump anything else.

‘The whole onus cannot lie with us’
Nila Madhab Panda, Filmmaker
I think the rule is being well-implemented by the film fraternity, while maintaining artistic freedom. Tickers and the ads are making a genuine impact. However, if we really want  the number of smokers to go down, it can’t be achieved by creating awareness alone. The rules and bans regarding smoking have to be implemented properly. Like, in many cities, such intiatives have led to a mindset where smoking is looked down upon. The whole onus cannot lie with us — the film and TV industries.

‘Such ads before a film unnecessary’
Sharmila Aravind, Filmmaker
The information about the ill effects of tobacco, as well as other addictions, is printed even on the packs of cigarettes and tobacco. Does that make these people realise the health hazards and quit? It’s very subjective. I would say any such ads before a film are unnecessary.