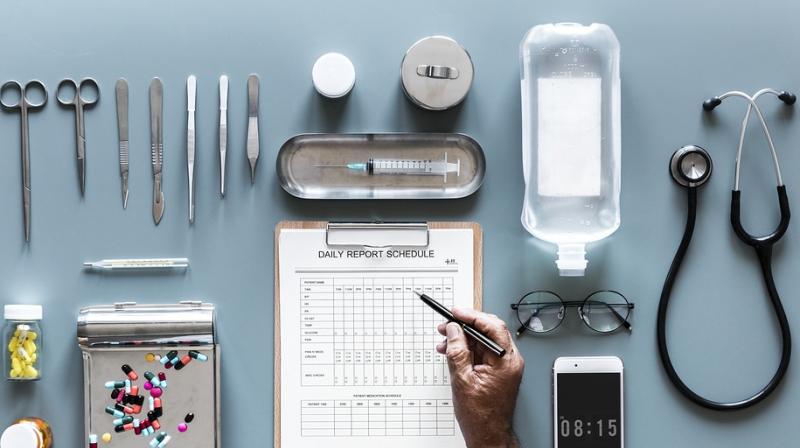 New Delhi: It is estimated that about 30 million people in India suffer from various forms of neurological diseases and the average prevalence rate is as high as 2,394 patients per 1,00,000 of the population.

Yet, the awareness about various forms of neurological disorders is abysmally low here and people suffering from these often end up being ridiculed and stigmatised.

Due to lack of awareness and understanding, neurological disorders are often subject to various taboos, which heavily impact the lives of patients, hindering the treatment and in some cases even aggravating the problem.

"There is a serious lack of awareness about Parkinson's disease or its management in India. Caused by progressive damage to parts of brain over many years, the disease shows symptoms of involuntary shaking of body parts of the body, slowing movement, and stiffness in muscles. People suffering from Parkinson's disease also experience depression and anxiety, have the sense of losing balance, memory, and sleep. It remains the second most common neurodegenerative disorder and most common movement disorder, and its onset usually is on people older than 60 years of age," said Dr. Satwant Sachdeva, Consultant Neurologist, Columbia Asia Hospital, Patiala.

According to a recent study, the number of deaths due to neurological disorders increased by 36.7 per cent worldwide between 1990 and 2015. A report published in The Lancet in 2015 by the Global Burden of Disease (GBD) project, claimed that neurological diseases comprised 16.8 per cent of global deaths.

-The taboo of insanity- This is the most commonly associated taboo with people who suffer from neurological disorders. Due to lack of awareness, people often label patients suffering from Alzheimer's as 'senile' and those who have epilepsy as 'crazy'. It is not unusual to see people with neurological disorders being referred to psychiatrists to 'cure' their insanity.

-The taboo of a weak mind- People generally assume that neurological disorders are the result of a weaker mind. That someone with epilepsy or Parkinson's will have less IQ than an average person, is also a myth present in our society. Children suffering from epilepsy are often treated differently from their peers, and even as adults.

-The taboo of superstition - Illiteracy in India is high, due to which superstitions flourish in many parts of our country, especially the rural areas. Many a times, neurological diseases like epilepsy are associated with demonic possessions. To treat the so-called demonic possessions, the patients are put through some horrendous conditions and even physically mutilated in some instances. This again is propagated due to a lack of awareness and good quality education.

-The taboo of treatment- Irrespective of the disease, a neurological disorder is perceived as untreatable. This belief is prevalent even in urban areas. Many a times, when a patient is diagnosed with a neuro-disease, he/she automatically assumes that it would be a life-long burden and there can be no cure. With the advancement in medical sciences, many therapies have worked wonderfully to cure the disorders, or at least significantly reduce their impact.

-The taboo of association- Due to all the negative connotations attached to neurological disorders, people tend to stigmatise any form of association with patients suffering from these diseases. This can lead to great suffering in the social and personal lives of these patients. It is not unusual for marriages to break and children to abandon their parents in old age, to avoid bearing the brunt of taking care of these patients.