Sushi lovers may face threat from parasites in raw fish

Anisakiasis is caused by eating raw or undercooked seafood infected with parasites of the species Anisakis. 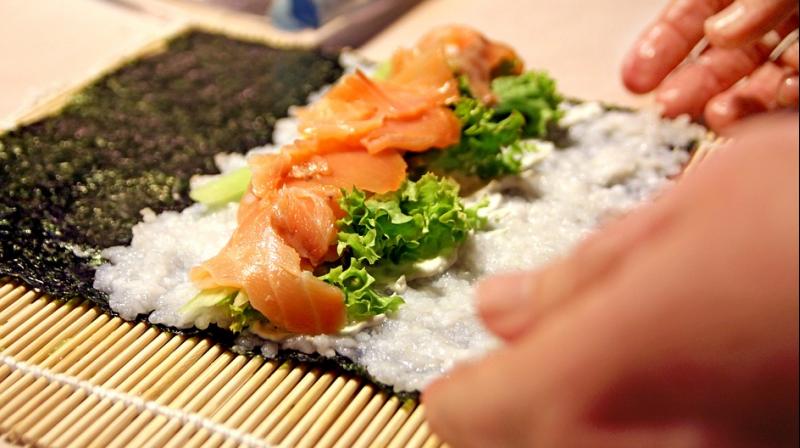 Most of the reported cases to date have been in Japan (Photo: Pixabay)

London: Eating the popular Japanese delicacy sushi may pose a serious health hazard due to the presence of parasites in raw or undercooked fish and seafood, doctors warn.

An unseen hazard of eating raw or undercooked fish is on the rise in Western countries, where dishes like sushi are becoming increasingly popular, researchers said.

Doctors at Hospital da Luz Lisboa and Centro Hospitalar de Lisboa Ocidental in Portugal treated a 32-year-old man who had severe upper gut pain, vomiting and fever for a week.

A blood test had indicated mild inflammation, and the area below his ribs was tender. However, it was only when the he revealed that he had recently eaten sushi that the doctors suspected that he might have anisakiasis. Anisakiasis is caused by eating raw or undercooked seafood infected with parasites of the species Anisakis.

Endoscopy - the insertion of a long tube with a camera on the end down the gullet and into the stomach - revealed the larva of a worm-like parasite firmly attached to an area of swollen and inflamed gut lining.

After the larva was removed with a special kind of net, the man's symptoms cleared up straight away. Laboratory analysis showed that the larva belonged to the species of Anisakis.

Most of the reported cases to date have been in Japan, where a raw fish diet is very common, researchers said.

"However, it has been increasingly recognised in Western countries," they said in the study published in the journal BMJ Case Reports.