Boy with trunk like nose considered reincarnation of god

A rare condition has caused the brain to bulge out of his head and prevents him from talking or eating. 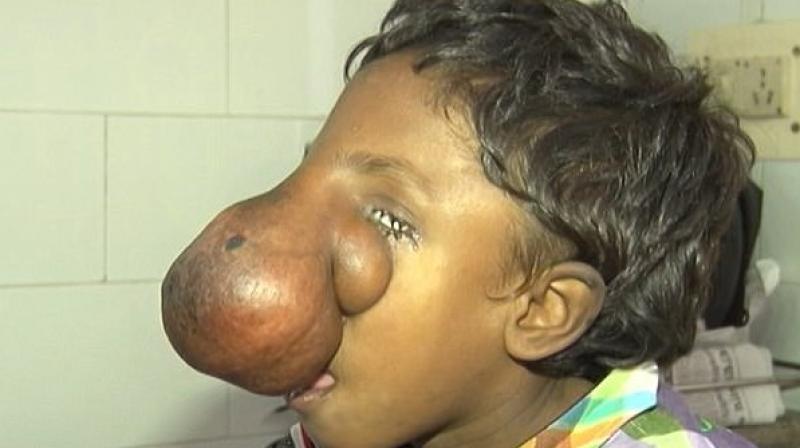 He is now awaiting a life changing surgery (Photo: YouTube)

Physical deformities can be traumatising and painful because of the stigma that comes in addition to life altering health complications. In some cases superstitions have been known to take over due to lack of awareness and at times make things worse for patients.

A nine-year-old child from Assam has been battling a rare condition called frontonasal encephalocele which has caused a part of his brain to bulge out and give him a trunk like nose. While the condition prevented him from talking, eating and seeing properly, locals worship him as a reincarnation of god.

The trunk like growth has led to the orphan being named Ganesh and has also caused his brain to develop slower than other children. He was handed over to an NGO after police found him roaming aimlessly on the road, and now Ganesh awaits a life changing surgery.

The boy is in a lot of pain and the surgery will involve reducing swelling and reconstruction of the nose. Doctors hope that the child who can’t even eat by himself could find a loving family after the treatment.