The study conducted in India focused on how poor waste management and sanitation practices impact public health and environment. 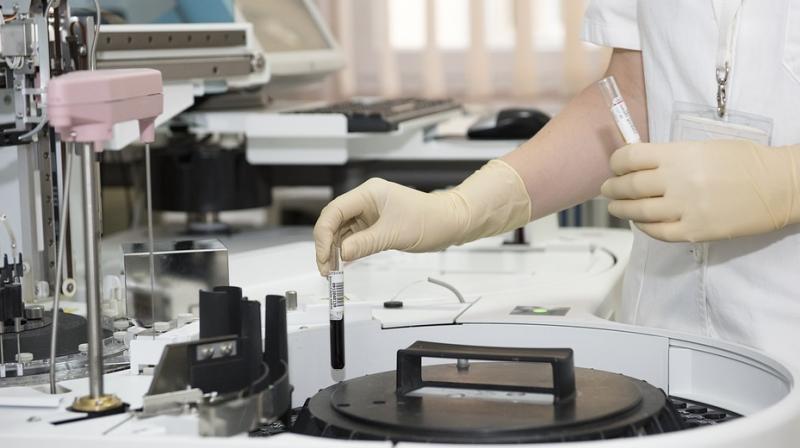 Washington: A recent study has uncovered the link between toxicants and lipid metabolism.

While working for an environmental nonprofit organization in India, Namrata Sengupta investigated how poor waste management and sanitation practices can impact the environment and public health. Her work sparked an interest in environmental toxicology and led her to Clemson University in 2011 as a doctoral student in the field. Sengupta spent her time in graduate school using Daphnia magna, or water fleas, as model organisms for studying environmental health. She started investigating how these organisms respond to different environmental toxicants.

The culmination of her research indicates that certain toxicants can disrupt the maturation of Daphnia by altering the level of lipids (fats, waxes and their relatives) present in the species. These findings take a step toward understanding how a specific pathway - one of sphingomyelin metabolism - affects development.

Sphingomyelin, the key lipid of the study, was first noticed by Sengupta and colleagues because it isn't present in embryonic or in adult Daphnia, but rather in newborns, indicating it plays a significant role in development and progression to reproductive maturity.

"That's actually one of the coolest findings, not even toxicology-related, but a basic biochemical finding," said and co-author William Baldwin. "Sphingomyelin is very important in the maturation of this species." This age-specific presence of sphingomyelin is supported by previously published data that implicated sphingomyelin and the alcohol it breaks into, sphingosine, in the reproduction and development in fruit flies, roundworms and mice.

To uncover this role in Daphnia, Sengupta and colleagues first honed in on the HR96 receptor found in cell nuclei that is responsible for a variety of functions, such as sensing foreign chemicals in the body and regulating genes involved in energy metabolism and lipid distribution. They then exposed adult Daphnia to toxicants and fatty acids that either jump-started or inhibited the function of HR96.

When exposed to atrazine, one of the most commonly used herbicides in the United States, HR96 activity was activated. Exposure to triclosan, an antibacterial agent found in personal care products, inhibited HR96 activity. The adult Daphnia were then deprived of nutrition to investigate their ability to reproduce or survive under stress conditions. The nutritional-control aspect of the study's design was one variable that separated it from prior studies in Daphnia.

"In toxicology, when you do these tests, you always do them under ideal conditions, but that's not what really happens in the environment. Sometimes there's plenty of food, and sometimes there's not," said Baldwin. "All of a sudden, triclosan, which looks like it doesn't have much of an effect, might actually have affects depending on the time of year and the food that's available. This indicates interplay between the natural environment and the toxicant that we don't look at in the laboratory very often."

When stressed with lack of food, the Daphnia showed a number of effects, depending on what toxicant or fatty acid they were treated with. Exposure to triclosan increased the level of lipids in the adult Daphnia, more so than any other treatment, but this resulted in a struggle to reproduce. If triclosan-treated adults did bear offspring, their newborns had very low levels of lipids present, indicating that lipids are not being allocated properly in newborn Daphnia. However, triclosan-newborns saw an increase in the level of sphingomyelin present, again clueing the researchers into sphingomyelin's role in maturation. The triclosan-newborns also exhibited stunted growth and development, though they did survive for a long period of time.

This result might incite a correlation between high sphingomyelin levels and stunted growth, but Baldwin was quick to point out that this isn't necessarily the case. Docosahexaenoic acid (DHA), an omega-3 fatty acid found in fish, was supplemented to a separate group of nutritionally deprived Daphnia. Like triclosan, DHA is an inhibitor of HR96 activity, though it is naturally occurring in the environment.

Atrazine, the toxicant HR96 activator in the study, was the only treatment that affected reproduction rates under normal conditions. What was poor reproduction before depriving the Daphnia of nutrition was only heightened by forcing them into a starved state. Atrazine-treated Daphnia also bore newborn with decreased levels of sphingomyelin. These results, combined with those of triclosan, suggest that commonly used toxicants can severely alter the allocation of fats in Daphnia magna, thereby causing a disruption in their maturation process. Such a conclusion was further confirmed after Sengupta and colleagues found that most HR96 genes involved in sphingomyelin metabolism were disrupted after toxicant exposure.

The study is published in PLOS ONE.