Vibrating yoga pants are real and they help correct asanas 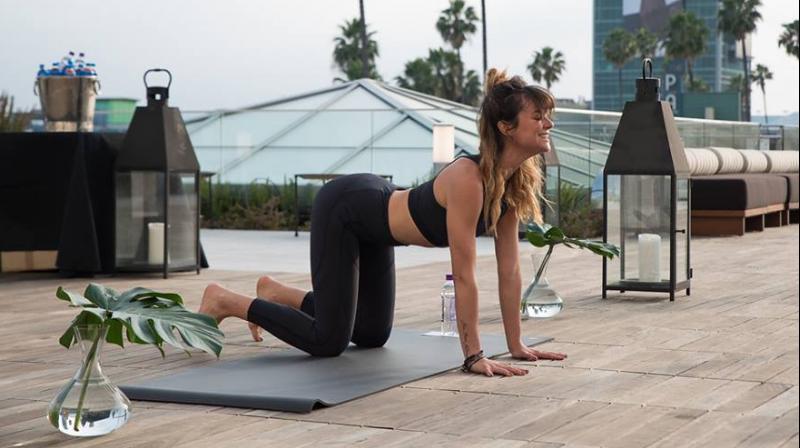 The “activated” yoga pants are called Nadi X and they listen and listens and responds to the body of the person wearing it. (Photo: Facebook/WearableX)

There are many different kinds of yoga being done and while beer, goat and alien yoga are real, many like to stick to traditional yoga. A US company has recently launched yoga pants that vibrate when doing asanas and correct the person if they are doing it wrong.

According to a media report, a New York based fashion tech company has launched their own line of pants for yoga and they are nothing like the usual ones you wear. The “activated” yoga pants are called Nadi X and they vibrate to improve your asanas. Interestingly, it also listens and responds to the body of the person wearing it because of the electronic sensors woven into the hips, knees ankles of the pants.

The electronic sensors in the pants buzz when the person is doing the asana wrong and tells the person to realign his posture. The pants are connected to batteries that last for more than an hour and the data is connected to a smartphone application and is easily available. However, the pants are quite expensive and priced at an exorbitant price of over Rs 19,000 but it would be interesting to see how many people will actually take their love for yoga to the next level.