An 'orange twist' for airborne medicine

A new study figured out the mechanics of how oranges release that thin stream of fragrant oil when squeezed. 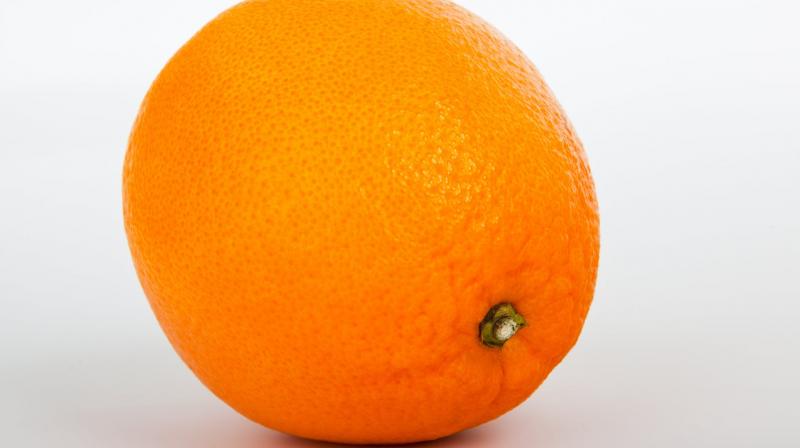 Washington: In the search for a new way to deliver airborne medication, researchers have turned to orange peels.

Engineering Assistant Professor Andrew K. Dickerson and graduate student Nicholas M. Smith from the University of Central Florida have figured out the mechanics of how oranges release that thin stream of fragrant oil when squeezed.

They characterized the orange peels' structure and figured out the role the layers have to create the microjet dynamic. By mimicking nature's mechanism of an orange layer, pharmaceutical companies may be able to develop a less expensive and less complex way to deliver airborne medication.

"We study natural systems to mathematically characterize how creation works, and despite the ubiquity of citrus-fruit consumption, these jets had not been previously studied," Dickerson said. "Nature is our greatest inspiration for tackling real-world problems."

Florida's fruit is complex. Its hard outer layer protects the fruit, and a white spongy layer just below the skin has microscopic reservoirs of oil in hidden pockets. The spongy material absorbs impact, but when squeezed to a critical pressure it pushes up and tears open a minute section of the hard outer-layer to spray its fragrant stream. These microjets are small but fast, exiting their cavities at 22 mph on average by accelerating 5,000 Gs, which is equivalent to about 1,000 times the force astronauts feels at launch.

"There are several potential applications," Smith said. "For example, for asthmatics, you could have a small slice of material which would aerosolize emergency medication that you currently find in expensive, multi-use inhalers. This approach may be less expensive and biodegradable."

An orange peel releases an oily substance, and the dynamics should hold for other types of liquids, the researchers said.

But there's still some research needed before putting the orange peel approach to work delivering medication.

"First, we need to work out sizes and proportions," Dickerson said. "It's important to understand exactly how the microjets work and how to tune their stability for medical applications. The size of droplets and the amount of medication they carry is critical. We've got a ways to go before applications can be explored."

But when that happens, the possibilities are only limited by the imagination.

"Imagine a self-diagnosing bridge," Dickerson said. "It would have an orange-like skin layer and when you were approaching material failure, you would get a preventative warning, a color change perhaps."

The findings appear in Proceedings from the National Academy of Sciences.