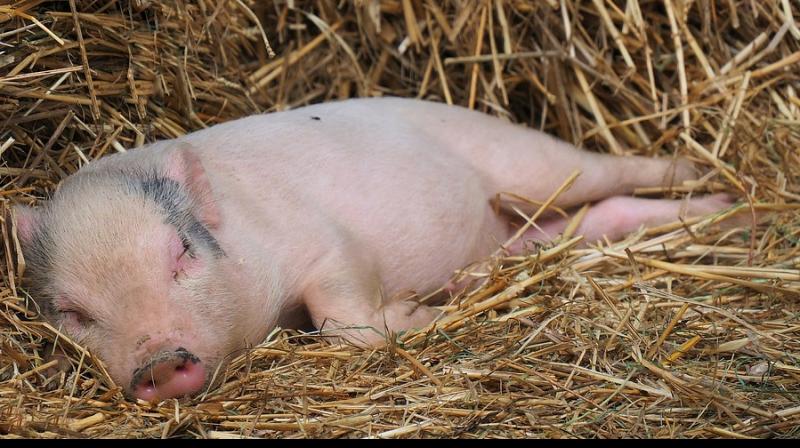 Humans can already receive pig heart valves and pancreases, but scientists have long sought to make their entire organs, which grow to around human size, available for harvest. (Photo: Pixabay)

Washington: Scientists have successfully edited the genetic code of piglets to remove dormant viral infections, a breakthrough that could eventually pave the way for animal-to-human organ transplants.

Their work, documented in the US journal Science on Thursday, could save lives by reducing organ donor waiting lists that have risen over the years, partly thanks to better road safety.

There are some 117,000 people on the US transplant waiting list alone, according to official data, while 22 people die each day waiting for an organ.

Harvard University geneticists George Church and Luhan Yang, together with a team of Danish and Chinese collaborators, placed edited embryonic cells into a chemical cocktail that encouraged growth and overcame the destructive effect inherent in the modification process.

They then used a standard cloning technique to insert the edited DNA into egg cells that were placed into a surrogate mother.

"Before our study, there was huge scientific uncertainty about whether the pig [produced after this editing] is viable," Yang said, adding the team had now produced 37 piglets free of the porcine endogenous retroviruses (PERVs).

"If this is correct, it's a great achievement," said virologist Joachim Denner of the Robert Koch Institute in Berlin, an expert in the retroviruses.

It is not clear whether PERVs would infect humans who receive pig organs, but lab studies have shown human cells can be infected by the viruses in a dish.

Humans can already receive pig heart valves and pancreases, but scientists have long sought to make their entire organs, which grow to around human size, available for harvest.

But the goal of xenotransplantation remains some way off. Researchers still need to edit pig genes to avoid triggering a human immune system reaction and prevent toxic interactions in blood.

These steps "are probably more challenging" than removing the dormant infections, said Yang.